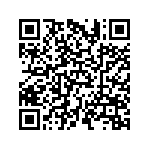 One year ago, on August 4, 2020, a terrible explosion devastated the Beirut harbor, leaving a huge void behind: more than 200 casualties and 6,500 injured, destroyed buildings and debris everywhere.

Right after the explosion, AVSI promptly acted to support the population, making an extimation of the situation and their most immediate needs. The first beneficiaries were identified in the vulnerable neighborhoods of Geitawi, Bourj Hammoud and Achrafieh - the eastern area of Beirut: families who were already in a precarious situation, elderly people living alone and young widows.

Among these families there is that of Nadine Kaloust, who is married and has a toddler. Hers is one of the voices we can listen to in this video report by Fanpage, recalling those awful moments and the effort AVSI demonstrated in this emergency situation. Nadine remembers she went out of the house holding her baby, trying to understand what the extremely loud noise was: “It sounded like a missile”. If she had stayed were she was, both her and her baby would have been seriously hurt by the broken glasses of the glass patio door, which was shattered by the explosion.

Shirine Saber, her husband and their three kids lived through a similar situation: luckily, none of them got hurt, but everything in their house got destroyed.

Many buildings had been damaged by the devastating shock wave and thanks to the #LoveBeirut fundraising campaign, AVSI helped several families by rebuilding their doors and windows and by donating household appliances.

In addition to the reconstruction, AVSI also contributed to the disposal of the rubble left by the explosion through cash for work activities.

Thanks to this initiative, 36 people without an income received the necessary training to take care of waste sorting.

Hayat Fakhereddine, who was in charge of this project, tells how this opportunity guaranteed a decent revenue to many people, who were in a precarious position already before the explosion. Afterwards, they could have easily end up in a situation of extreme poverty.

"I am grateful to AVSI, because they gave us the chance to feel like people again,” says Ahmad Fakhereddine, 48 years old. He was left jobless and without anyone who could help. By participating in this activity he regained a bit of hope and rediscovered the value of humanity and solidarity thanks to AVSI. "One year has passed: we should certainly remember, but also look forward. Such things must never happen again.” Ahmad underlines.

"This work is not only useful to us, but also to our country”, observes Hassan Hamdar, another beneficiary of the project. Before the explosion he worked in the delivery sector, but his business was already in dire straits due to the devaluation of the Lebanese pound and the dramatic increase in the price of petrol. This initiative gave him the opportunity to provide for his family and, at the same time, to clean up the city. He hopes this kind of projects could be replicated in the future, because many young people in Lebanon are unemployed and the economic crisis is getting worse every day.

Today we commemorate the anniversary of the Beirut blast to find a renewed motivation and keep on rebuilding, starting from the painful, yet resilient experiences of people like Nadine, Shirine, Hayat, Ahmad and Hassan.