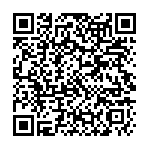 “Jerusalem is a militarized city, controlled by the Israeli police and military. Getting around is difficult and many people, especially the Arab community, avoid moving from the eastern part of the city to go shopping in Western Jerusalem, the Jewish area. Now, the tension is palpable, and no one, whether Jewish or Arab, crosses their area of residence,” says Valentina Clementelli, AVSI Foundation Project Manager in East Jerusalem.”

What Valentina describes is the atmosphere in the Holy City, where for days there have been clashes between groups of Jewish extremists and groups of Arabs. In the background, there is also the unrest in Gaza between the Palestinian militant group Hamas and the Israeli Army. New clashes broke out in Jerusalem on Friday, just hours after a cease-fire between Israel and Hamas had taken effect. The truce had come after international diplomatic efforts and growing pressure from Israel’s closest ally, the United States, to bring an end to the fighting.

"The situation in Jerusalem is dire,” says Valentina. "What is worrisome, in addition to the conflict in Gaza, is the urban violence, the guerrilla warfare that is spreading in several cities. An event in some ways that is unprecedented because we come from decades of coexistence between Israeli Jews and Arabs."

The Arab people are the descendants of the 160,000 Palestinians who remained on their land after the creation of the Jewish state in 1948. Today, they represent almost 20% of the population of Israel, about 1.9 million people.

“We have been witnessing attacks by squads of Jewish extremists, mostly settlers, and groups of Arabs. The latest attack happened in the Sheik Jarrah neighborhood, located not far from the Damascus Gate (East Jerusalem) and the most recent conflict. We have seen raids by armed settlers in neighborhoods of East Jerusalem, such as Shuafat and Beit Hanina, inhabited by Arabs, devastating commercial activities and various structures.”

It has been hard for local NGOs to keep implementing projects and activities with so many clashes and accidents.

“We are being put to the test. Last week, we had to close AVSI’s office in East Jerusalem,” confirms Clementelli. “At this stage, like many other NGOs in the region, we have suspended all movements between Jerusalem and the West Bank that would have forced us to pass through checkpoints and put us at risk. We are creating a work plan to accompany, through our local partners, our beneficiaries in the West Bank and ensure the continuity of the projects.”

AVSI has been implementing projects in the West Bank and Jerusalem since 1993. AVSI focuses on inclusive education, with a particular attention to disability, which is an emergency topic in Palestine.

“Between Gaza and the West Bank, there is approximately over 93,000 people with disabilities, but to have a disability is still considered a stigma in the local culture,” explains Valentina. “In schools, through the distance support program, we encourage an educational model that takes into account the needs of students with disabilities and offers professional training courses tailored to them.”

“Our project supports the creation of small businesses, and the inclusion of people with disabilities in the job market,” says Valentina. “We hope that the violence will end soon so we can gradually return to normalcy and can resume our cooperation projects.”