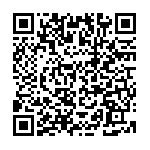 The COVID-19 pandemic is hitting Manaus again. With a record number of hospitalizations, deaths, and burials in January, the second wave of the new coronavirus is much worse than the first. This is likely due to a combination of factors. First, a new, more contagious strain of the virus. Second, because the population decided not to follow safety protocols in place during the first wave.

In the last few months, those living in Manaus believed they had overcome the crisis and reached “herd immunity.” With a false sense of security, people went back to their “normal” daily lives. Just a few weeks ago, people were marching in the streets of Manaus to force the Governor to keep shops open. Now, ICUs can no longer receive new patients and those already hospitalized could die because of a lack of oxygen.

Life in Manaus has ground to a halt. The Brazilian Air Force is shipping cylinders of oxygen and moving sick people to neighboring states.

Luckily, so far the school has not been directly impacted. Since the beginning of the pandemic, we have been isolating in the countryside, limiting visits to a minimum. To minimize exposure, some teachers are now living permanently at the school. We have also been doing more frequent temperature checks and making sure that if students show any symptoms they can be transferred safely to their family or relatives living nearby.

Despite the challenges and with heavy hearts, we keep teaching so our students can complete the 2020 school year. Usually, the academic year would have ended in December, but we had to make up for the lost months between March and August when Manaus was on lockdown.

This new wave has disrupted all plans for the 2021 school year. We wanted to restart our activities on February 15, but now everything is up in the air. Like in other parts of the world, if the pandemic cannot be controlled, our youth’s education will suffer.

Furthermore, the pandemic may also force us to delay welcoming a group of young Venezuelan refugees to the school. Through a project funded by UNHCR and implemented by AVSI Brasil, Queen of the Apostles was selected to host 12 Venezuelan refugees, several of them from the Warao indigenous group, to help them integrate into Brazilian society. UNHCR selected Queen of the Apostles because agriculture is one of Brazil’s few sectors where employment is up, and we have experience with young indigenous people. Among the Venezuelan refugees, there are thousands of native people from the Warao tribe that pose specific integration challenges. We hope to soon be able to embrace these kids in our school.