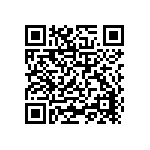 For Alice it was a nightmare to return home - everything she earned was spent on alcohol by her husband, leaving their children to go without food; and when she tried to talk to Robinson, he raised his hand at her.

It was draining for Alice, she couldn’t bear to see her children go hungry; worried, she returned to her village to look for work to be able to provide for her family needs.

Despite the fear of leaving her children with her husband, Alice succeeded in her mission: and returned to Oget village with capital to invest after a series of community jobs that earned her the amount.

Unfortunately her four-year-old son fell ill and had to be operated on at Kitgum Hospital, eight kilometers away from home. It is precisely in looking after the child that Alice met AVSI Foundation - and from then, things started to get better.

With the money she earned, she joined a savings group which she succeeded in after receiving financial skills from AVSI. Not only did she find safety for her saving, but Alice met friends who listened to her and shared with her advise.

Convinced that Robinson was ready to accept support, the couple received counseling from a para social worker every week. Valentino, reached them on his bicycle, ensuring the couple received each psychosocial sessions to put an end to domestic violence.

Alice now smiles at life. She gets up by six every morning and with Robinson, they take care of the harvest while their children are in school. She waits for them at home at sunset – their favorite time when they sit around a cup of tea to talk about their day.

Alice’s small income has grown over time; the sesame and cotton fields are bearing fruit and allow their six children to go to school. The couple also invested part of the income in cows and goats.

Alice has always been a determined woman, but today more than ever she feels invincible with the man who changed: she wants to send their children to a professional institute, to increase their animal stock and continue to participate in her community saving group - the group of friends who changed her life for better.

The five-year program Better Outcomes project (April 2015 - March 2020) implemented by AVSI and funded by the US cooperation agency USAID, improved the wellbeing of 367,000 children and youth orphaned and made vulnerable by HIV and other adversities in Eastern and Northern Uganda. World Education/Bantwana led a consortium which included international partners like AVSI, Mercy Corps, and mothers2mothers as well as national partners Youth Alive, UWESO, THETA, and FOC-REV. Activities included: