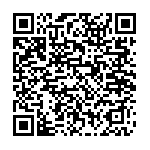 After leaving Venezuela and living for a year in Boa Vista, Brazil, Venezuelan refugee Ricardo José Blanco Rojas, 49 years old, is beginning a new chapter of his life in the southern Brazilian state of Santa Catarina, where he and his family have lived since February.

The Rojas family moved to the city of Seara thanks to “Welcomed Through Work,” a project funded by the U.S. Department of State Bureau of Population, Refugees, and Migration (PRM) and implemented by AVSI Brasil. A local food processing company hired Ricardo and his brother while AVSI Brasil rented an apartment for them for three months. The family also received social assistance for their first three months in the new city. As part of the project’s social assistance component, a social worker helps families integrate into their new community and workplace.

“I admire AVSI Brasil’s herculean effort to ensure this new opportunity for my family. It’s a beautiful effort. They have a big heart; God bless them.” says Ricardo José Blanco Rojas

The Rojas were the first ones among the families integrated through the project to be able to pay for their own house without AVSI Brasil’s support.

“From now on, my only expectation is to be able to keep this quality of life” continues Ricardo. “I plan to work hard every day to guarantee my family’s well-being.”

In Venezuela, Ricardo was the long-time chief of Police in the city of Maturin (Monagas State). Still, recently his family struggled due to the economic situation in the country, and they had to leave everything behind to try a new life in Brazil.

“Before the crisis we had a normal life,” remembers Ricardo. “Everybody was working, and we had what we needed. It was difficult to leave our culture, friends, everything to have a new life, but thanks to AVSI Brasil we were able to relocate and find a job.”

Ricardo is also pleased with the way his family is adapting to a new city.

Now, I can look ahead and see a future for us, we can work and rebuild our lives