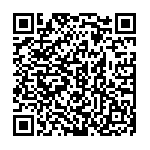 The Torrealba Garcia family was planning a quiet Thursday, with a small party to celebrate Richard’s 40th birthday. This year, the birthday celebration felt a bit different. Early in the morning, the Venezuelan family received a call from Todd Chapman, U.S. Ambassador to Brazil, inviting them to join him on a video call in Spanish. The encounter was organized by the U.S. Embassy, who has been checking in with the families integrated through “Welcomed Through Work,” a project funded by the U.S. Department of State Bureau of Population, Refugees, and Migration (PRM) and implemented by AVSI Brasil.

Back in February, the Torrealba Garcia family was relocated to Seara, a city in the state of Santa Catarina in southern Brazil, after a local food processing company hired Richard. This first integration was possible thanks to a partnership with the Jesuit Service for Migrants and Refugees. Thanks to “Welcomed Through Work,” families have received not only job opportunities but also accommodation and social assistance for the first three months of their integration. As part of the project’s social assistance component, a social worker helps families integrate into their new community and workplace.

Richard Torrealba Garcia, his wife Annis, and their son (Wilmer, 19 years old) and daughter (Ridmary, 14 years old) joined the video conference from their house recently rented by AVSI Brasil. They told the Ambassador why they had decided to move to Brazil. “I was working in Venezuela, but my salary wouldn’t allow us to buy anything. One day we just decided to move to Brazil.” says Richard Torrealba Garcia, "Welcomed Through Work" beneficiary. Another beneficiary of the project, Alejandro (19 years old), also lives with the Torrealbas.

Annis told the Ambassador that her family did not arrive in Pacaraima, on the border between Venezuela and Brazil, at the same time. Richard went first, then she did, followed by Wilmer and finally the youngest, Rydmary. In the last year and a half, the family had to face multiple challenges, such as learning a new language and dealing with the death of a family member. "My dad came to Brazil with us. He was diagnosed with cancer and began treatment in Boa Vista. When we moved to Roraima, he continued his treatment, but died a month later,” remembered a tearful Annis.

Despite the challenges, the Torrealba Garcia family is pleased with their new life in Brazil. They are grateful for Operation Welcome, the Brazilian Government program to receive Venezuelans, and AVSI Brasil, who helped them relocate to Seara.

After singing Happy Birthday, the U.S. Ambassador thanked the family for their testimonial and promised to help the most vulnerable Venezuelans.