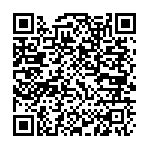 When Anny Liliana moved in February from Boa Vista, Brazil to Xanxerê, a small city in the southern state of Santa Catarina, she couldn’t imagine that a few months later she would become the face of two COVID-19 awareness campaigns.

Anny was invited to lead two awareness campaigns in Spanish created to reach other refugees and migrants living in Santa Catarina, one circulating in Xanxerê, and the other in Chapecó, a town 45 kilometers away.

Everything began when one of her neighbors asked Anny to read a message in Spanish about the new coronavirus. When she showed good fluency and assertiveness to deliver the message, Anny’s neighbor invited her to participate in the campaign designed by the local government. She had never been part of a video campaign. Still, she thought it was essential to accept the invitation because she knows how difficult it is for Venezuelan refugees to communicate in Portuguese.

Anny was one of 86 Venezuelan refugees integrated into Santa Catarina in February thanks to “Welcomed Through Work,” a project implemented by AVSI Brasil in partnership with the Institute of Migrants and Human Rights with funding from the U.S. Department of State Bureau of Population, Refugees and Migration (PRM). This first intervention to integrate Venezuelan refugees was also possible thanks to a partnership with the Jesuit Service for Migrants and Refugees.

A mother of five, Anny lives with four of them and her partner, who was hired by a food processing company based in the nearby city of Seara. Since COVID-19 reached Brazil, she has been following the same recommendation she shares in the awareness campaign. “We have been staying home and asked children not to go outside,” says Anny. “I have been asking children to wash their hands and also use hand sanitizer.”

In the video, Anny shares the local government’s recommendations for people who exhibit symptoms such as fever, coughing, and shortness of breath to call the COVID-19 call center. She also recommends that everybody wash their hands with soap and water, use hand sanitizer, avoid crowds, and stay at home.

“The campaign has been shared in Creole and Spanish through social media and WhatsApp,” explained Solange Oro, Communications Manager with the Municipality of Xanxerê. “As the number of COVID-19 cases grows in the city, our team wanted to reach the refugees that are living in the city but still are not familiar with Portuguese.”

In Chapecó, the campaign has been broadcasted in French, Creole, and Spanish, and the goal is to reach 75 thousand refugees. “We will be able to reach a lot of people because apart from the video, we also have prepared an audio campaign that will be aired in the street,” says the Communications Manager with the Municipality of Chapecó.