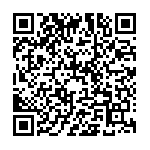 The climate change effects are perceptible everywhere, but in some countries even more: In Mozambique - identified as an extreme risk country - AVSI and the Italian Agency for Development Cooperation (AICS) have implemented the RESolução project (01-08-2018 / 31-01-2020), to study and fight the consequences of climate change.

As explained by Fabio Melloni – executive director of the AICS headquarter in Maputo from 2017 to 2019 - the RESolução project has been designed to promote the resilience of the communities to global warming, thanks to a mapping of the most fragile areas and awareness-raising activities on the consequences of climate change and issues such as agriculture and nutrition.

"Con il cambiamento climatico le locuste arrivano anche in inverno. Ed è una tragedia" (With climate change, locusts also arrive in winter. This is a tragedy"), affirms Alessandro Gilioli in his report dedicated to South-East Africa. He points out AVSI's long-time commitment in these areas and highlights its recent study of the territory and data collection, to identify the main hydrogeological problems to be remedied.

"The strong point of the RESolução project - explains Mattia Baglioni, on-site coordinator for AVSI - is certainly the integrated approach among different sectors, as well as all the awareness-raising activities addressed to the communities on the issues of climate change".

Especially in Namuno region, north of the Country, where periods of severe drought alternate with others of devastating floods, the RESolução project interventions are aimed at empowering the population at behavioural, agricultural and nutritional levels.

The direct involvement of villagers has contributed to their immediate consciousness, allowing the transmission of agricultural skills and tools, as well as notions about the preservation of water reserves and food resources.