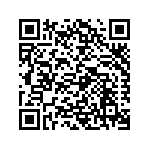 Despite the high female literacy rate, Jordan has one of the lowest rates of women’s economic participation in the world. By the same token, women’s political participation in national and municipal bodies remains circumscribed.

What is more, violence against women is a persistent and multifaceted phenomenon in Jordan: child marriage is a major risk for girls between 15 and 17 years old; episodes of violence are underreported due to societal and familial pressures, as well as the stigma towards victims.

In a social environment in which gender-based violence is pervasive and normalized, AVSI wants to be an outlier by taking a stand against the pervasive culture of gender inequality.

With its project SAFE, AVSI Jordan strives to improve access to SGBV (Sexual and gender-based violence) prevention and response services for vulnerable groups – women and children – amongst refugees and hosting communities. Project activities entail SGBV case management, sensitization activities and the organization of workshops on SGBV in Amman and Aqaba governorates. By doing so, AVSI wants to ensure women’s protection while also planting a seed for their empowerment.

So far, AVSI’s SGBV workshops have reached 538 women. These workshops are concerned with a wide range of topics: the notion of gender as a social construct; cultural, social and political dimension of gender-based violence; figures and statistics related to GBV; national and civil efforts to reduce GBV; violence against women from the perspective of Islamic law and international legislation; national legal and civil efforts to reduce gender-based violence; domestic abuse; early marriage; women’s right to inheritance.

“If I had to choose one success story that I experienced throughout the SGBV workshops” said one of AVSI’s field coordinators “it would be Tahani’s, the story of a woman who used to be a victim and now turned into a resilient fighter”.

Tahani is a young mother of 4 children. She and her children used to be victims of domestic abuse – both physical and psychological. When she first enrolled in the SGBV workshop, she used to say that her life was meaningless; what is more, she used to get upset about the fact that her husband was forcing their children to drop out of school and go to work. Participating in the workshop was a remarkably life-changing experience for Tahani, because she was able to apply what she learned during the sessions to her own life. She indeed learned how to overcome the quarrels with her husband in a non-violent and constructive way. By means of persuasion, debate and positive thinking, Tahani managed to establish a non-abusive relationship with her husband as well as to convince him to re-enroll their children in school. The beneficial effect of attending the SGBV workshop was hence two-fold: on the one hand, Tahani’s agency within the household increased and she felt somewhat empowered; on the other hand, her children were able to benefit from their right to education.

The path towards women’s empowerment is long and steep; but this does not mean it’s a path one should not undertake.

This is part of the project SAFE - support and protection for vulnerable families among refugees and hosting communities in Aqaba and Amman - funded by the Italian Agency for Development Cooperation (AICS) and implemented in partnership with Caritas Jordan; Young Women Christian Association; Our Lady of Peace Center; Tanaghom.