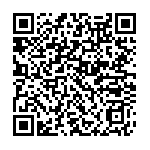 On December 11, 2019 a delegation of nine ambassadors of the European Union, led by Attilio Pacifici, Head of European Union Delegation in Uganda, visited Joel Cherop's farm in Uganda's Eastern district of Kapchorwa.

Cherop, was nominated best farmer 2014 by the Dutch Embassy in Uganda. He is also an AVSI partner in the skilling of 8,000 youth under the SKY project, a five-year program funded by the Embassy of the Kingdom of the Netherlands.

At 37 years old he was working as journalist but it was quite hard to make ends meet. So he began his adventure in agribusiness with the clear idea that "small will always be big": he started cultivating onions on a field of 330 meter square and cabbages on a quarter of an acre in a planting period of two years and he earned six million Uganda Shillings (around 1,500 euros). He decided to expand to agroforestry, coffee and green bananas on another acre.

The agricultural techniques, entrepreneurial and life skills proposed by SKY project helped him to cease an opportunity to enterprise. On the other side, he has contributed to train 200 other youth that embrace and succeed in farming as a business.

Seeing 80 percent of the youth he trained get employed or start their own agribusiness ventures, Cherop has become a vibrant testimony that poverty can be reduced with practicable skills and hard work.

The demo gardens and irrigation scheme on his farm are a real source of learning for young people who are now exploiting the chance farming provides to become protagonists of their own lives.

Cherop's story is heard across Africa. In 2017 he was awarded most Impactful Young Entrepreneur in Africa in the Tony Elumelu Category in Lagos, Nigeria.

AVSI is certain that to help young people to succeed, youth need to be continuously inspired by mentors, by persons who are game changers at the grassroot level. These successful small holder agripreneurs naturally transmit a passion for the work they do to the youth, and this will have a trickle effect on their vision.