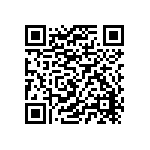 According to the Secretary General of the United Nations, António Guterres, Cyclone Idai is “one of the worst weather-related catastrophes in the history of Africa.”

It is another sign of the dangers of climate change and the consequences on vulnerable countries, like Mozambique, with no proper infrastructures, disaster risk reduction plans or funds to respond to catastrophic events like Idai.

A month after the cyclone that struck the country on March 15th, there isn't a clear idea of the damages Idai has caused or the precise number of those in distress. In Mozambique, the nation who has suffered the most from this disaster, more than 1.85 million people are in need of help, of which a million are children.

AVSI, together with UNICEF and other NGOs, is on the front line to help children left with no family after the cyclone.

Our first concern is taking care of minors. In coordination with the United Nations, we are visiting accommodation centers to understand whether the children sheltered are unaccompanied or not.

Health, environmental and socio-economic issues caused by the disaster will affect the country for many years. There is no clean water or food, and people are in need of medical care and shelters. Michele Torti, AVSI's Emergency Coordinator AVSI, explains that until now the main concerns were saving lives and distributing food, but now AVSI is taking care of family reunification and minors protection.

AVSI has been present in Mozambique since the ‘90s in the field of Education, Environment and Urban Development, with projects related to Climate Change. An example of AVSI's intervention is the innovative clean cooking system used in Maputo slum, which has positive effects on health, the environment and family economies. Thanks to the Improved Cooking Stoves project, there is a 65% reduction of charcoal use compared to traditional stoves, allowing lower carbon emissions and a 10% increase in families income.

After Cyclone Idai, AVSI is committed to reuniting families and protecting minors, remaining active also on environmental sustainability projects that will help tackle climate change in the near future.

For more information on AVSI projects in Mozambique >