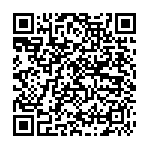 According to a report by the United Nations High Commissioner for Refugees, by mid-August last year, about one third of the people from South Sudan had been displaced from their homes, with 61% of them being children. The number of those entering had surpassed a million. Due to the displacements and disruption in the education system, humanitarian agencies estimated that 610,000 children and youth would miss out on education, unless special support was provided.

AVSI Uganda and Luigi Giussani Institute of Higher Education are partnering with European Union and Oxfam in a brand new project that aims to bring education to over 32,000 children in refugee communities in Uganda and SouthSudan.

The Resilient Learners, Teachers and Education Systems in South Sudan and Uganda, a four-year-old programme, was flagged off at Mestil Hotel in Kampala (Uganda), on the 21 June.