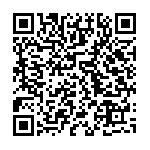 Two educational community centers have been opened in Jordan, by the ‘Back to the Future’ programme. The major education initiative will reach 8,500 children to enable them to re-enter the formal education system. For the first time, a consortium of Dutch and Italian aid organisations joined forces to provide educational support to Jordanian families and Syrian refugee children at the same time.

Jordan counts more than 657,000 officially registered Syrian refugees, according to figures from the UN Refugee Agency UNHCR, but the actual number is expected to be much higher. The challenges in the field of education are enormous. In vulnerable families, education does not play an important role. This means that sometimes, if a child is weak at school, it is considered appropriate to let the child drop-out and employ his or her time in a more profitable way, such as child labour and early marriage. Many Syrian children in Jordan are in need of support for the school readiness, inclusion and retention.

The programme is funded by the European Union Madad Fund. Ibrahim Laafia, Head of Cooperation at EU Delegation to Jordan: ‘Today the EU launched the project ‘Back to Future’ aiming to promote enrolment and improve retention in the formal education system for vulnerable children. This initiative is part of the EU 's commitment to support Jordan by ensuring equal access to education for all children living in the Kingdom, regardless of their origin or nationality. Funded by the EU regional Trust Fund in response to the Syria Crisis, the 'Madad Fund', the ‘Back to Future’ project is a concrete contribution of the EU to promote children's rights to inclusive and quality education in public schools and an integral part of the partnership between the Jordanian Government and the European Union to support access to education for all children in Jordan.’

Both centers will bring learning activities to children through homework support. Transportation is offered to the children, allowing a higher number of children to attend the centers. Alongside this, remedial classes will be given in public schools in collaboration with the Ministry of Education. In addition, fourteen Jordanian public schools will be rehabilitated, providing them with new bathrooms and sanitation facilities, and increasing access to school for vulnerable children.