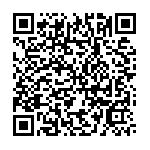 In its first out of three years, the major education initiative ‘Back to the Future’ reached over 7000 Syrian and Lebanese children. The initiative sees AVSI, Terre des Hommes Italia, Terre des Hommes Netherlands and War Child - with the support of the European Union EU Madad Fund - address the learning needs of children from both refugee and host communities in Lebanon and Jordan. The coalition project brings learning opportunities to children who have been denied access to formal education. Teachers are playing a vital role in the project’s success.

Teachers like Rania Sanioura. Rania teaches English at the Moasat centre in Saida, Lebanon. Her students all come from Syria and are aged between seven and ten. None of the children have ever received any teaching in English before - so, even if their ages vary, they all start from the same academic level.

Learning the numbers and days of the week

Rania is one of the five teachers who have been hired for the Moasat centre in Saida. Almost ninety per cent of them are from the region where the centre is located – allowing them to draw on local knowledge and benefit from the support of the community.

Rania’s participation in the project provides her with great satisfaction. "At first I was a bit worried because I thought there might be learning barriers but we quickly overcame that’, she explains. ‘I am a very proud of my students, they want to learn and they are visibly improving", she adds, pointing to the teaching aids she uses in class to support the learning process. She helps them learn the basics of the English language: numbers, the days of the week, the alphabet, colours and shapes.

There is one student in particular, a ten-year-old boy, Mohamed, whom she explains used to be aggressive in class. ‘He works in a shop after class and when he first arrived he was difficult to manage in class, he did not treat his classmates well. Little by little, he has changed. He is respectful now and calmer. Learning English has given him a reason to be proud and I am delighted to see the progress’.

The first year of Back to the Future has seen the project consortium open nineteen education centres, all over Lebanon. Some 4308 children have enrolled in the learning opportunities - including basic literacy and numeracy, early childhood education and foreign language support. A further 2937 children have accessed learning support programmes, by attending foreign language classes and receiving help with their homework. Some 45 per cent of the participants are girls.

Every teaching cycle lasts approximately two until five months, depending on the type of class. ‘When the first cycle ended - and the children who attended were able to enrol in the public-school system - I was more than proud. I was hopeful’, says Rana, now looking back on the first year of the project.

The children have an incredible ability to adapt and learn. I saw that my work had a real and positive impact on them and this is one of the reasons I love teaching.

The dedication of the teacher is complemented by a team of trained staff who spend time with the children offering them psycho-social support activities outside the classroom. Both aspects of education are fundamental in building up the character and strength of the children, they go hand in hand.

Some more results from 2017