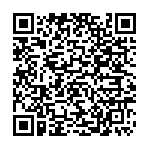 A challenging context that requires innovative solutions
In developing countries, the energy used for preparing food accounts for about 90% of all household energy consumption. In total, around 3 billion people still rely on biomass using open fires and inefficient stoves causing harmful pollution due to incomplete and inefficient combustion. According to the World Health Organisation (WHO), in these countries more than 4 million people die prematurely from illnesses attributable to household air pollution from cooking with solid fuels. More than 50% of the deaths are children under the age of 5 who develop pneumonia caused by emissions from cooking. Exposure to such emissions is particularly high among women, babies and young children who tend to spend more time near their stoves.

Improved Cookstoves (ICS)1 are efficient, cleaner and safer solutions that reduce both fuel consumption and the production of harmful emissions that cause the illnesses mentioned above. But ICS do not only help improve people’s health, they also provide new economic opportunities. In poor communities, they give families the chance to save some of their income and use it for small investments or for better education, thereby enhancing their chances of earning better salaries. The women save time when using an ICS, providing them with the benefit of being able to work elsewhere and earn extra income. Finally, ICS’s more efficient combustion technology allows for a more advantageous use of the local biomass, which, in turn, contributes to the reduction of forest degradation as well as greenhouse gases (GHG).

Promoting improved cookstoves: Energising Development
In this context, promoting the use of ICS has become one of the targets of todays’ largest worldwide energy access programme: Energising Development (EnDev). EnDev is a joint impact-oriented programme between Germany, the Netherlands, Norway, Australia, United Kingdom, Switzerland and Sweden, with co-funding from the European Union. It cooperates with governments, NGOs and the private sector in 26 partner countries in Africa, Latin America and Asia. Additional donors can easily join the programme thanks to its dynamic organisation, making EnDev an example of successful donor harmonisation.

In Mozambique, EnDev is engaged in the densification of the electricity grid, micro hydropower plants, pico photovoltaic systems and also ICS. The programme works with various implementing partners by supporting their production and distribution chains, thereby contributing to the construction of local know-how and experience rather than directly subsidising product prices. The approach in the ICS sector includes actions such as: product marketing, awareness raising, improving local production of the stoves, introducing new technologies as well as establishing and scaling industrial and semi-industrial production facilities to ensure high quality technologies that comply with EnDev and international standards.

EnDev also furthers the engagement of the private sector and local NGOs by reducing market entrance barriers and creating rural commercialisation networks for renewable energies. Through these diverse lines of action, the programme offers a comprehensive answer to a complex reality.

The consumption of wood fuels (firewood and charcoal) was estimated at about 9.3 and 5.5 million tons/year in the rural and urban areas, respectively, reaching 14.8 million tons at the national level (Sitoe et al. 2007). These estimates are equivalent to a per capita consumption of 1–1.2 cubic metres per year. This figure is higher than the volume of annual allowable cut for commercial timber, raising concerns about the sustainability of wood fuel production (Sitoe, A., Salomão, A. and Wertz-Kanounnikoff, S. 2012). It is estimated that only 10% of the firewood and charcoal that enters the cities of Maputo and Matola is supplied by licenced producers (Pereira 2001).

The production of charcoal is associated with a greater environmental impact than firewood production, especially in peri-urban areas (FAO 2010), and it is considered one of the main causes of deforestation in Africa (Cuvilas et al. 2010). This happens because charcoal is usually produced from a tree’s main stems or large branches, and requires tree cutting (Girard 2002). The charcoal industry that supplies urban centers operates over large areas, and relocates when the production areas have been depleted (Pereira et al. 2001).

The capital city of Maputo has approximately 1.2 million inhabitants, with at least 800,000 living in informal settlements, i.e. slums where 80% of households rely on charcoal and use inefficient traditional cooking stoves, emitting harmful pollutants. In Mozambique, exposure to indoor air pollution is the third leading cause of death after malaria and AIDS-related illnesses. To make things worse, the price of charcoal has rapidly increased over the past years and can currently absorb up to 25% of a monthly family income.

Although the majority of these families use electricity for lighting, they continue to use mainly charcoal for cooking. A study of the costs of different sources of energy, conducted in the city of Beira (Egas 2006), revealed that charcoal was the most expensive source (compared to electricity and gas) per energy unit. The initial investment to purchase an ICS remains the main obstacle for the transition.

Creating sustainable markets and access to ICS through carbon credits
In this context, carbon finance2 is one of EnDev’s strategies to promote the development of a sustainable market for cleaner and more efficient cookstoves. The aim is to change the funding dynamic for these projects, helping them transition from a traditional focus on donor aid to a more sustainable one that attracts investments from the private sector.

In order to increase ICS affordability for low-income households, EnDev has successfully linked carbon credit trading companies with programme implementers in Mozambique since 2013. The AVSI Foundation3 is one of the organisations that combines the commercialisation of ICS with the generation and trade of Certified Emission Reductions (CER’s) under the Clean Development Mechanism (CDM, within the framework of UNFCCC4) and under the Gold Standard mechanisms. The project’s emission reductions have been certified and sold through global carbon markets, thereby making higher quality and more efficient stoves affordable for low-income consumers through the discounts they get when they agree to hand over their CER rights to AVSI.

How carbon credits can help people acquire a cleaner ICS

A family of five, living in a Maputo slum, has an average monthly income of 100 USD and spends at least 20 USD per month to buy charcoal for cooking. Due to the high cost of an ICS, this family cannot exchange its inefficient and harmful traditional cookstove for a cleaner ICS that saves 50% fuel and reduces CO2 emissions. However, the family can assign its Carbon Emissions Reduction (CER, also known as “carbon credit”) rights to a private organisation or company that will sell these CERs on the international market, to a government or company that has to compensate its CO2 emissions within the framework of the Kyoto Protocol. In this case, the family would be compensated by the organisation that has received/bought their CER rights, for instance through a price reduction of a cleaner ICS, allowing them to acquire the much needed and beneficial new stove.

Impacts of ICS use in urban areas6
An important factor of EnDev’s success in Mozambique has been the promotion of ICS as an urban development tool whose impact can be traced in various areas, for example through the social and economic advances achieved. Various implementing partners, such as the AVSI Foundation and the Maputo City Council, foresaw the potential benefits of ICS for low-income households and, with EnDev’s support, created indicators to measure such expected impacts. Some of the impacts are reflected in the examples presented below.

Laura B., a woman living in the Xipamanine neighbourhood of Maputo, is now able to go back to the school that she had stopped attending because she could not afford to pay for transport to get there. Acquiring an ICS has given her the opportunity to put money aside so she can pursue her education.

Thousands of women have improved their lives by using improved cooking stoves (ICS). Because they spend less time cooking, many decide to study and are even able to pay for professional training because they have saved part of the money that they used to need for wood or charcoal. Through their training, some are so motivated that they open up a new business, hence increasing the family income.

With the programme’s support, dozens of young Maputo women, usually considered a very vulnerable group, have become ICS sales promoters and have learned to sell the product from door to door within the community. This has not only made them more conscious of the importance of ICS and environmental issues, but it also allows them to become useful multipliers of this information in their community. The benefits are economic, social, educational and even psychological; these young women feel empowered and confident through their work and contribution to their community.

On the community level, two cooperatives were started for ICS’s commercialisation and three new local ICS producers were supported in the processes of standardisation and production upscaling. So far, 120 new jobs have being created, with 60% reserved for women.

Plans for the future
EnDev’s impact has been possible through different strategies and a good selection of implementing partners whose experience, transparency and hard work have been key to achieving the project’s goals. A good monitoring system along with the holistic approach focused on the assessment of the community needs and the country’s overall conditions were also essential aspects of this strategy.

Based on the experience gained in the inclusion of carbon credits as part of the EnDev Mozambique strategy, the project was able to provide cleaner stoves at an affordable price in the Maputo slums. Affordability is, and will remain, one of the main challenges in the adoption of cleaner stoves, as poverty is still the main obstacle in Mozambique. The AVSI approach has proven that carbon finance can benefit and strengthen the business model for ICS interventions and thus improve affordability.

However, it must be emphasized that the constant decrease of prices on the carbon market in recent years has put the possibility of replicating this strategy at risk. Therefore, EnDev Mozambique will increasingly focus on its parallel strategy based on the continuous development and improvement of affordable, locally designed and produced ICS and the assembly of ICS flat packed solutions that comply with quality and efficiency standards. These efforts in promoting ICS markets will be implemented as part of a comprehensive strategy aimed at developing sustainable renewable energy solutions and spreading their use.