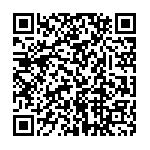 The project of voluntary repatriation and socio-professional integration of Roma families from the Triboniano camp, Italy, implemented by AVSI, Fundatia, Casa della Carità and the City of Milan was presented at the Second Annual Convention of the European Platform against Poverty and Social Exclusion, in Brussels, on  5-7 December 2012.

The project, started in September 2010 and ended in June 2012, has been chosen by the European Union as one of the best practices in the field of integration and social inclusion. It represents a concrete  response to the social and strategic challenge of Europe, which is committed to fight poverty and exclusion  by improving social inclusion of people in need.
49 Roma families, more than 70% of those involved in the project, left the Triboniano camp in Milan for their country of origin, Rumania, where they received support to reintegrate themselves  in their native communities (18 rural communities from 6 counties of the south and south-west of the country) and beneficiated of decent housing conditions, access to education for their children, health service and professional counseling.
The foundation Casa della Carità outlined a specific path for each family; the City of Milan and the families signed a real agreement; AVSI monitored their return to Rumania and managed the contribution of the City of Milan for the implementation of the project (housing, school and vocational training, access to health services), carried out, step by step, by Fundatia.
Some results: 100% of families live now in decent conditions; 70% of them continue to stay in Rumania, living in masonry houses; 100% of children have access to health services;  74 school-age children out of 76 attend school; all family members were supported for the release of identity cards, access to social services and professional insertion.
The strength of the project was the comprehensive approach to families, taking into account their particular background, the context in which they have been integrated, their specific needs. The effective partnership among all the actors involved in the project fostered confidence, responsibility and cooperation among the beneficiary families.
That’s a way to build Europe, through the cooperation of different actors, from different countries, for a common good, by facing problems  together and building a real “social supply chain” to cover the gap left by the so-called “last mile”, to reach the single person.
AVSI has been working in Rumania since 1995, its main activity areas are education, healthcare, vocational training and integration. Together with its partner Fundatia Dezvoltarea Popoarelor (FDP) AVSI cares for abandoned  children, orphans, Roma families, people affected by HIV/AIDS and/or other disabilities.