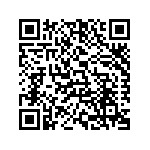 On 5-6 December, AVSI participated in the Charitity Sales in Brussels at the European Parliament presenting La Bottega di AVSI(AVSI shop).

Necklaces of recycled paper, beaded masterpieces, bracelets, bags and dolls from Uganda, Brazil, Haiti, Albania. Products made in a place where young men and women learn a trade from an expert and mentor, helped to discover work as a new way of living in dignity, an alternative to life on the streets, and, first and foremost, a possibility to start again.
The Charity Sales at the European Parliament have been a great opportunity to show AVSI activities. The protagonists of AVSI work all around the world were present in this institution through the concreteness of the objects proposed: the Ugandan women, often suffering from AIDS, who previously crashed stones to make gravel and today, with the sale of these crafts, have built the Luigi Giussani High School for their kids; the Brazilian women from the Cooperative Arvore da Vida who, in partnership with Fiat Brazil, manufacture bags and laptop sleeves by using scraps (seat belts, upholstery) from cars; the former street children from Haiti who work in artisan workshops and produce bags and purses adorned  with beads and sequins; the Albanian women, who attended a sewing and tailoring training with AVSI and have now set up the social enterprise Rozafa, selling their products all around Europe.
The stand was visited by MEPs, European Commission staff and representatives from Italian and foreign institutions. Correspondents for RAI (Italian Public Television) realized a service that will be broadcast during the Christmas period.