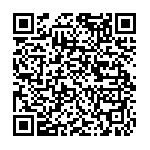 During emergencies, such as conflict, it is a well-accepted principle of States’ obligations under international law that adoption is not an appropriate response for unaccompanied and separated children. Children separated from their parents during a humanitarian emergency cannot be assumed to be orphans. Until the fate of a child's parents or other close relatives can be verified, each separated child should be considered as still having living relatives or legal guardians and, therefore, is not in need of adoption. Every effort should be made to reunify children with their families when possible, if such reunification is in their best interest.
This includes children who were living in residential care facilities when the crisis escalated, many of whom are children with disabilities. This is echoed in UNHCR’s Policy on the Adoption of Refugee Children.

Intercountry adoption should only be considered once all family tracing and reunification efforts have been exhausted and stable in-country solutions, including kinship care, foster care, and national adoptions have been considered in accordance with the principle of subsidiarity. In an emergency, it can be very difficult, if not impossible, to ensure that international standards and safeguards are respected in accordance with the 1993 Hague Convention on Protection of Children and Co-operation in Respect of Intercountry Adoptions and the Convention on the Rights of the Child.
Even though Ukraine is not a Party to the 1993 Adoption Convention, all receiving States should apply its standards and safeguards when cooperating with Ukraine.

According to International Social Service (ISS) worldwide statistics, provided by States to the Hague Conference on Private International Law (HCCH), Ukraine facilitated the second highest number of intercountry adoptions in 2020. In times of peace, a child should only be considered for intercountry adoption based on the best interests of the child, with full respect for the rights of the child. This includes establishing that the child is adoptable, the child has been consulted and well-informed in line with his/her evolving capacity, all suitable placement options in the country have been considered and exhausted in accordance with the principle of subsidiarity, the prospective adoptive parent(s) is (are) eligible to adopt the child in question, there is consent by those legally acting on the child’s behalf, including that the consent of the mother is given only after the birth of the child, and information about the child and their parents’ identity is preserved. Such considerations may be particularly challenging for States like Ukraine that are not parties to the 1993 Adoption Convention.

Conflict is a breeding ground for illicit practices, in part because of the breakdown of oversight. Separated and unaccompanied children are extremely vulnerable to trafficking and exploitation; including illicit practices in adoption.
The ongoing crisis makes it impossible to ensure that commercial or criminal gain, fraud, child trafficking, and the deception of birth parents do not play any part in the adoption process. The UN Guidelines for the Alternative Care of Children state that children in emergency situations should not be moved to a country other than their habitual residence for alternative care except for compelling health, medical or safety reasons. When a child must be moved, they should stay as close as possible to their home, be accompanied by a parent or caregiver, and have a clear plan of return.
In the aftermath of children’s displacement to neighbouring countries, adequate identification and registration measures must be in place and appropriate alternative care arrangements provided in line with the UN Guidelines for the Alternative Care of Children and the Convention on the Rights of the Child.
The conflict should not be used as a justification for expediting intercountry adoptions, or for circumventing or disregarding the internationally accepted framework. This applies equally to adoption procedures that were already under way prior to the conflict.