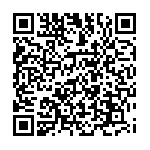 Even as NGOs and public authorities flee from Port au Prince’s most vulnerable neighborhoods, AVSI has chosen to stay – accepting the grave risks of standing with the Haitian people, including many of our colleagues and friends. AVSI urgently calls on others to stand with us.

The consequences of desertion would be far too great, for Haiti and the region. In fact, if donors and NGOs continue to pull out of Haiti, the results are unfortunately very predictable: migration of the most capable, causing painful family breakups, weakening of the economy for those who remain, increased violence and the indiscriminate loss of life.
All of which creates a readymade vacuum for corruption and organized gang infiltration.

Earlier this month, the White House issued a policy statement which seeks to interrupt pathways to conflict for fragile states, recognizing Haiti as a country integral to regional peace and stability.
As we applaud the U.S. Administration's efforts to provide a roadmap to stability for Haiti, through renewed commitment to the Global Fragility Act, AVSI issues this urgent Call to Action, wherein we present: 1) The current context in brief; 2) Observations of donor trends; 3) AVSI’s Recommendations for urgent action; and 4) AVSI’s capacity and track record.

Conditions in Haiti have gone from bad to worse. The political instability has only emboldened armed gangs who hold the county and its resources hostage. Food insecurity is reported at 60%.

Recently, in Cite Soleil, an infamous slum of Port au Prince, our staff reported 10 kidnappings in a single day, not to mention the shocking daily death toll and other violent crimes which plague the capital city.
The closure of important services like the Médecins Sans Frontières (MSF) hospital in Martissant, and the near complete withdrawal of police from the gang-controlled areas of the capital signal that local communities are being abandoned to themselves. Even Prime Minister Ariel Henry’s movements are closely monitored and often dictated by gangs.
Faced with such a situation, it is understandable that donors and NGOs have decided to pause operations, invest energies and resources elsewhere, or at least relocate to other regions of Haiti where there is relatively more stability.
Port au Prince is not only the capital of the country, but the epicenter of governance, politics, transportation and the economy. Gang control over sections of the city has repercussions for the entire country, as the disruption of the humanitarian response to the earthquake in August 2021 and the fuel crisis made abundantly clear.

Retreating from Port au Prince and forfeiting humanitarian access to the most dangerous neighborhoods would mean losing any foothold within communities which have outsized influence on the course of the country. Doing so cedes power to the ruthless gangs. The population would continue to be terrorized by the random violence of kidnappings and extortion which cripples human, economic and social development, and would continue to migrate en masse to other countries, including to the United States.

During a series of meetings AVSI held with donor agencies in Washington, DC and New York, NY, in February 2022, the following challenges to staying engaged in Haiti were expressed.

For over 16 years, AVSI has been an active partner with the communities in Cité Soleil and Martissant, with community-based interventions addressing long-term development needs and responding to emergencies. In 2020, AVSI was invited to expand work in the areas of Bel Air and La Saline.
AVSI’s methodology saves lives, improves health and well-being, and increases the chances for vulnerable youth to become healthy and productive adults in the most violence-prone neighborhoods.

The central aspects of AVSI’s methodology are:

WHERE: Place-based community-development approach anchored on educational centers that are community-owned and provide safe spaces for youth, access to services, protection, and psychosocial support: “Le Soleil de la Cite,” in Cite Soleil, and “Jardin l’espwa,” in Martissant. Broad outreach to the community allows for the integration of youth associated with gangs and mitigates the risk of manipulation by gang leaders.

WHO: Staff come from the community and include former gang members who are well trained and provide positive role models for children and youth.

WHAT: Responsive programming that meets immediate needs while investing in skills, relationships and resilience capacities to serve long-term objectives:

Retreat from the challenging environment in Port au Prince is a short-sighted solution that will only exacerbate the problem, with potentially severe consequences for the Haitian people and the region.

AVSI is a strategic partner that 1) keeps open humanitarian access to the most hazardous neighborhoods; 2) focuses on place-based strategies with a high degree of community-buy in and support, employing local staff; and 3) brings proven, context-specific strategies that integrate across sectors for holistic care and greater impact. AVSI is ready to work with donor agencies and partners to expand and strengthen this programmatic approach.

For more information or to discuss these recommendations, contact us: Jackie.aldrette@avsi.org