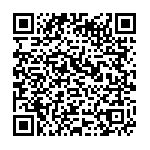 The story of Sister Maria, a young Benedictine nun, who returned to Ukraine from Rome to help her people. Of Irina, 29, who spends 15 hours a day in a warehouse, freezing, following the work of the volunteers. Of Father Wieslaw, the director of Caritas in Lviv, who is wearing himself out travelling hundreds of kilometers every day, taking up people and goods at the border, visiting foster homes and reception centers – 25 in the whole province of Lviv. And many, many young volunteers.

Lviv, March 12. Time in Lviv runs differently. It doesn’t stop, it rushes by. But at the same time it jerks foward and then seems to stop when, from time to time, the sirens start blaring. Time is halted by the constant search for news, coming from different sources which often contradict each other: was there another bombing? Where did the bombs fall, only on the military airport, or elsewhere? And where are the tanks?

Mostly, time passes rapidly, accelerated by the things to do, with urgently needs coming from all sides: a truck full of aid packages is stuck at the border and needs to be retrieved, 30 orphans are coming from Kiev and need shelter, two buses of women and children from Irvin have to be assisted. You can feel pure adrenaline in the places where humanitarian aid is set up, chaos reigns due to the endless requests.

Time in Lviv is filled up with human stories that encompass the whole spectrum of emotions, felt at the deepest level: pain, loss, uncertainty, solidarity, hope, delusion, anger, pride. Conflicting, yet self-sustaining.

In Sister Maria, you can sense a strange lightness: she is leaning on something that gives her confidence, to the point that it pushed her to walk her path in reverse. On February 16, a few days before the bombing began, she came back to Ukraine. This young, blue-eyed, petite Benedectine nun was in Rome to study theology when she realized the risk her community was running being close to Kiev. So, she returned to her homeland. She spent a week hiding in shelters, taking cover from the bombs that were looming overhead, until she and her sisters decided it was time to flee West. Buildings near their monastery had been hit, some of them were in flames, so they abandoned it. They reached another monastery in Solonka, twenty kilometers from Lviv, where, together with other sisters, they have set up a temporary reception center for fleeing families. They arranged a space for meals, a laundry room, and a medical clinic. Maria smiles as she serves the meals, looking after these families whose faces are marked by the flight:

"They have spent up to two weeks in shelters, without food or water, in the cold: here, the temperature can reach -10° C (14° F). When they arrive here, they are so exhausted they don’t even have the words to express it. Husbands bring their wives and children here, but then they will be separated at the border, because martial law prevents men between 18 and 60 years from leaving the country. Everything is pain."

While Sister Maria takes care of the refugees, just a few kilometers away Irina, 29, spends 15 hours a day in a freezing cold warehouse where care packages arrive, unloading the trucks, storing and sorting the goods by type and reloading them onto other vans, ready to bring them to the towns and villages in Eastern Ukraine. When you see them leave, you wonder what moves those who get behind the wheel to embark on the roads leading towards Kiev, or Bucha.

Around Irina, a team of young men unloads, packs and then reloads milk, pasta, water, diapers, soap, and anything else that can be needed where life has stopped and the stores are either empty or unreachable. The gestures of these volunteers are quick, snappy, driven by pure willingness to somehow get back at the war. These boys might decide to volunteer for the front soon – many of them have already enlisted, even at the age of just 18. But for now they are here, handling pallets and sacks instead of a rifle.

Even the person who coordinates the work here, Father Wieslaw, the director of Caritas in Lviv, would leave for the front. He travels hundreds of kilometers every day to retrieve people and goods at the border, to visit foster houses and reception centers – 25 in the whole province of Lviv. This daily tasks, in response to the emergency, are slowly draining him. He too feels the desire to defend his people, he too feels the call to battle. But he chooses to fight here, for now, driving a broken-down van carrying food, water, blankets.

Time in Lviv, made uncertain by the abruptly changing circumstances of war, dictates one single certainty as it continues to flow: what is happening in Ukraine concerns everyone. Not only them.