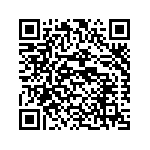 Social works and public green infrastructure can and should join forces, in order to foster the development of an entire community.

In Jordan, AVSI has tackled a case of vandalism occurred at the Queen Noor Park, in Zarqa, by involving the children responsible for such damage in psychosocial and recreational activities within the framework of the park renovation.

These activities became an expansion of "Mujtamai Amni", a project funded by the Italian Agency for Development Cooperation (AICS) on protection, disability and inclusion.
The intervention also had a role in the park’s renovation accomplished as part of the program "Improvement of Green Infrastructure in Jordan through Labor-Intensive Measures", funded by the German international cooperation (GIZ).

This kind of synergy is not accidental. Quite the opposite: building and renovating green spaces does not only aim at promoting environmental awareness and sustainability, but also at encouraging community strengthening.
In fact, such a complex social context as that of Zarqa calls for a holistic approach to development: in other words, elements such education, protection, economic empowerment, social cohesion and stakeholders involvement all merge and reinforce each other.
Whereas compartmentalization only weakens the long-term impact of any action.

Bearing this in mind, AVSI Jordan brought the very children who damaged the infrastructure on board with the project, addressing their needs and showing how Queen Noor Park could be part of the solution.
It has served, for instance, to take those children out of the street and to provide a safer space.

The team involved the children, who live in a difficult neighbourhood, in a variety of activities over the span of 12 days - planned not to merely correct their behaviour regarding the use of the park, but rather to nourish their mental health and life skills.
For instance, they worked on self-awareness about emotions, capabilities and goals, self-esteem and how to say no to unjust actions.
They learned better ways to communicate, and practiced self-expression in a well-received puppet show.
Furthermore, they acquired an understanding on how bullying works and how to avoid it and, critically, on the reasons why the park represents an asset for them.

The challenges these children and the overall community are facing are numerous, and the above sessions will not be enough to resolve them all. However, the response of the participants has been very encouraging: this intervention made a change in their lives and hopefully they will influence their peers and parents.