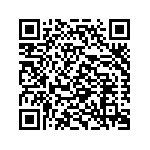 For 6-year-old Louay, life has been a struggle since birth. Born prematurely at 8 months, and with oxygen deprivation and insufficient access to medical care in his hometown of Daraa, Syria, he developed cerebral atrophy which also made him partially paralyzed.

The family came to Lebanon in October 2020, fleeing the conflict and seeking medical care for Louay, which proved to be difficult - as his mother Dalia explained. The father, a handyman who can barely find any work, moved with his wife and 3 kids, Sami, Louay and Sham to a small apartment in the Nabaa area in Beirut. One of their relatives offered his home with furniture to the family, before he moved back to Syria. Their fourth daughter, Nour, was born in Beirut in February 2021.

Dalia wanted her kids to have an education to improve their future. And when many schools refused to take Louay in due to his disability, she found hope in the Back to the Future program. She learned about the program through some neighbors, and she registered Louay in the adapted remote Community-Based Early Childhood Education (CB-ECE) activity, “I Learn from Home”, done in collaboration with Seenaryo.

Louay was a very shy kid, and at first, he wouldn’t even participate in class. “He’s very smart but he’s always been shy, even around me,” said Dalia.

But little by little, and thanks to the help of his mom and his teacher, he started coming out of his shell. “His understanding has improved and now he memorizes things a lot faster than before. I feel he’s becoming more aware, his teacher is encouraging him a lot, and he loves it! He is much more confident now and his self-esteem has improved significantly.”

In his remote classes that started in May, and along with his sister Sham who also just joined the program, Louay learns Arabic, English, Maths and Science. He’s now participating in class and he’s always happy when the teacher gives him a compliment. “Now he talks, communicates and asks for things that he wants, he’s becoming just like his siblings.”

His teacher noticed a major improvement in his character. “The teacher asks me to send videos of his homework, she really loves his work and his communicating abilities. I’m so happy to see how much Louay has changed since the beginning of the course, and if that proves anything, it’s that disability couldn’t stand as a barrier to learning. I definitely want him to continue studying, and even though I’m scared for him, I hope he gets a better future,” says Dalia.