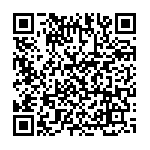 In a rural town in Ecuador, called Manga del Cura, 18-year-old Luisa María, along with her 14 and 9-year-old brothers, receives online classes within the framework of the distance support project, that AVSI operates in more than 10 countries.

Thanks to the financial assistance of their supporters, especially Italians, vulnerable children and their families obtain educational support, personal development tools, and work skills, all based on ethical and moral values.

For Luisa María, having online classes is new due to the COVID-19 pandemic, but her relationship with the distance support project is not: she has been sponsored since she was very young, she remembers receiving school supplies and support in the development of tasks all her life.

These actions seek to promote consistency in the studies of the kids who are part of the project by helping them better understand the content of their classes and thus allowing them to take advantage of it.

"The activities help me distract myself, we do readings, answer questions and do mental games," says Luisa María.

In Ecuador, specifically in the province of Manabí, the Corporación Universitaria Estudio y Trabajo (CUET) has been implementing the project since 2001 and currently supports more than 400 children or young people with limited economic resources, from 2 to 18 years of age, in rural areas of the cantons of El Carmen and Jipijapa.

María Luisa has a vocation for service, for this reason she is the animator and coordinator of the group "Missionary Childhood and Adolescence" of the Catholic Church, in which young people teach the word of God to children of 3 years of age and older, in a playful way.

Her aspiration is to be a professional, in order to be able to help her family. Since she enjoys teaching young children a lot, she will study Psychopedagogy at the State University of Quevedo, that has already approved her admission.

Another beneficiary is María José, 16, who has been in the program since she was two years old, the same goes for her 13-year-old sister. Her mother affirms that all the activities and workshops they participate to have helped them a lot in their personal development and have kept them busy learning new things constantly.

Both girls have also been catechists since their confirmation, as they really enjoy sharing biblical teachings with other children. But María José also enjoys something that goes beyond the usual stereotypes: motorcycle mechanics. To pursue her passion, she entered an academy where she could learn the craft and also did internships in a workshop near her home. In order to learn more about the occupation that she likes so much, she sells jellies and ice soda with her sister, gathering the money she needs to pay for the classes.

Thus, through the distance sponsorship project, children and teenagers are motivated to study and become people who can contribute positively to the world.