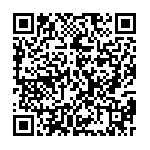 In the Republic of the Congo 66% of women think that men may have the right to beat their wife up, for example if they burn their dinner. In order to fight violence against women, together with the Congolese institutions and civil society organizations, AVSI has launched a new project supported by the European Union.

Data on gender-based violence in the Republic of the Congo

According to the data collected by the Pointe Noire and Kouilou Interdepartmental Police Directorate and a survey carried out by the Ministry for the Promotion of the Status of Women in 2015, cases of rape, aggression and beating are very frequent in this region. However, the number of cases that gets to trial does not reflect the scale of the phenomenon. Due to social and cultural reasons, the population often tolerates, or even justifies gender-based violence, which does not get reported to the administrative and legal authorities.

According to Unicef, 54.2% Congolese women justify domestic violence and a man who beats his wife under certain circumstances.

Studies, conducted by the United Nations Population Fund (UNFPA), also show that 66.1% of Congolese women and girls, between 15 and 24 years old, believe that men can be justified for beating their own wife.

The project: “Kutelema na kuniokuama ya ba kento” (We fight against the mistreatment of women)

On April 20, the opening ceremony of the project "Kutelema na kuniokuama ya ba kento" (We fight against the mistreatment of women) took place, in the presence of the Secretary-general of the prefecture of Kouilou (Republic of the Congo). The project will last three years, it is funded by the European Union and, starting from January 2021, it has been implemented by AVSI, in partnership with the Congolese civil society organizations Groupe de Réflexion Contre les Violences Basées sur le Genre and Tayuwana.

The aim of the project is to promote equality between men and women, to defend human rights and to tackle every type of discrimination and violence against women. It is carried out in the three communities of Hinda, Loando and Madingo-Kayes with the participation of the Centre de Recherche, the Centre for information and documentation on women (CRIDF), the Departmental Directorates for the promotion of women, assistance, health services, social affairs in Kouilou and the Interdepartmental Police Directorate of Pointe-Noire and Kouilou.

During the event, it was also underlined how gender-based violence, especially against women, is a deeply-rooted reality in the department of Kouilou, as well as in the whole Congo.

According to the statistics of the Pointe-Noire District Court, to which Kouilou belongs, around 150 cases of sexual violence are reported every year in this area and just 100 of them result in legal proceedings.

“In order to increase the ability of the Congolese civil society organizations in promoting the rights of vulnerable groups, individuals and victims of gender-based violence, information and awareness campaigns will be addressed to the population of the three above-mentioned subprefectures. This situation will encourage them to adopt a "zero tolerance" attitude towards gender-based violence and to report their attacker”, explained the Kouilou prefect.

In order to support the local organizations and to engage the population, the project activities will be aimed at:

“The method that AVSI uses to develop and make its activities succeed is based on an approach that guarantees respect for the person in all their aspects: social, cultural, religious and political ones. It is a comprehensive type of action that does not only include taking care of gender-based violence victims, but also raising awareness in the population, ensuring the participation of local authorities and, above all, training and accompanying the Congolese civil society organizations, so that they become able to uphold this important action and make it theirs," concluded the European Union delegate.