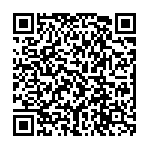 Marvelis, a 33-year-old single mother of three children, ages 9, 11 and 13, opens the door of her new house and welcomes us with a kind smile.

Her journey began three years ago. Like many other Venezuelans, she had to leave her country due to the ongoing economic and political crisis. Marvelis started her journey alone. After a few days with no food and fighting the cold, she finally reached Bogotá, Colombia, where she begged for money to get to her final destination, Machala, Ecuador.

Like many of her Venezuelan brothers and sisters, Marvelis faced many challenges to start a new life in a foreign country. She spent many months living on the streets or in overcrowded accommodations. In order to get better living conditions and improve the life of her children, who were still living in Venezuela, she began working as a street vendor, selling cheese, cakes, and empanadas (fried or baked savoury filled pastries).

“There are people who are like angels that God puts in your path to help you,” says Marvelis, who arrived in Machala in May 2018 and worked for six months to raise enough money to bring her children to Ecuador. “In six months, I had them with me.”

Sadly, Marvelis didn’t encounter only angels. Her journey was also marked by an attempted abuse suffered by her 9-year-old daughter.

“You leave everything behind because you cannot deal with the current situation in Venezuela, and you come to a country where you have nothing, not even enough money to rent a house, and you have to live in the streets with your children,” remembers Marvelis, through tears.

As one of AVSI’s “Integrados” beneficiaries, Marvelis was moved to a safe place.

“The Project has benefited both my children and me. Here, they are happy because it’s a peaceful place,” she says. “It was a total change. After living in depressing places, now we are in a house with better conditions.”

Funded by the U.S. Department of State Bureau of Population, Refugees, and Migration (PRM), “Integrados” has been implemented since September 2020 in three Ecuadorian states with a large population of Venezuelan refugees and migrants: Pichincha, El Oro, and Manabí.

Through the project "Integrados", AVSI Ecuador relocates migrants and refugees to decent housing, distributes kits containing essential items such as propane tanks, plates, mattresses, water cans, and provides information about their rights and how to access them.

Additionally, together with sub-grantee COOPI- Cooperazione Internazionale, AVSI establishes alliances with private companies and local business associations to integrate Venezuelan migrants. Furthermore, a database of beneficiaries’ skills and professional training has been created, in addition to an integrated path to develop business ideas and plans through seed funding grants and accompaniment throughout the business development process.

With what she learned from COOPI, Marvelis is developing a business to sell seafood empanadas, as this product is not very common in the local market. She hopes to be one of the people selected to receive the seed capital, which will help her start the business and turn the dream of giving her children better living conditions into a reality.