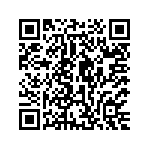 Even as the instability in Eastern Congo goes on into another year, Chantal Manizabayo and Sibomana Hazimutima, who are currently refugees in Uganda, are running a tailoring business and learning that, like hope, businesses can spring back to life.

"I really feel that we are recovering whatever we lost back in our country, Congo. Our business is growing, we can afford the children’s school fees and we have a new home" says Chantal.

The couple, who now earns a profit of US dollars 79 from tailoring and selling fabric is using their sewing machine: the only major item they salvaged in early 2013, when they fled insurgency in the Democratic Republic of Congo. The amount is enough to provide for their seven children who live with them in Kyempango, a village in Rwamwanja Refugee Settlement in the Kamwenge District.

While in Congo, Sibomana used to run a tailoring workshop where he trained his wife alongside other community members. This was how they sustained their livelihood before war ravaged their country.

"We were worried about what our life would be in a foreign place without money" explains Sibomana.

In Rwamwanja, they had no established structure for housing. But despite the challenge, the couple started tailoring under a tree. They made dresses and other clothes which they exchanged for food in order to feed their large family. Gradually, they started selling some and it is from these sales that they managed to build a small house for their family.

In 2018, their household enrolled into the USAID-funded Graduating to Resilience Activity that aims to graduate extremely poor and vulnerable households from food insecurity and fragile livelihoods into self-reliance and resilience.

The couple was assigned a trained coach and a field social worker to educate them on setting and achieving their goals. With this knowledge they started to distribute fabrics to other tailors in Rwamwanja and saved part of their profit to expand their business.

"Sometimes we get calls from tailors in Kyaka Refugee Settlement and my husband travels to deliver the materials there", Chantal continues.

She plans to open a shop in the trading center of Katalyeba, a town next to their settlement to bring their services closer to the host community. To serve the distant market, they hope to purchase a motorcycle to deliver materials to their customers.

To expand their business further, they opened a workshop in a small nearby town where they sew clothes for sale and train community members at an affordable cost.

Using the profits from the tailoring business, Chantal and Sibomana have diversified their ventures to include cassava flour trade where they buy cassava, store it and take it to the grinding mill for sale at a higher price. They also started a poultry project and rear a cow at a friend’s farm in the host community.

Chantal and Sibomana’s household is among the 4,272 that received Asset Transfer to start-up businesses and strengthen their livelihoods.

The seven-year USAID-funded Graduating to Resilience Activity targets 13,200 refugee and host community households in South West Uganda to help them graduate from conditions of food insecurity and fragile livelihoods to self-reliance and resilience.