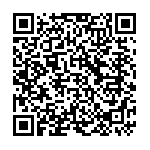 Spending power is a problem for our Country: in the last five years Italy has used only 38.4% of the structural funds of the Union, finishing next-to-last in rank. Because measures are needed to avoid the risk of losing funds, as the European Commissioner of Economic Affairs, Gentiloni, denounced. But laws and procedures are not enough, they require the involvement of active individuals who know how to come to the aid of the weaknesses of the State.

The good news is that these people are already in the field; all that is needed is to make them the protagonists: they are the individuals of the Third Sector that never stopped in the months of the pandemic, while the state, the administration, and its central and peripheral structures floundered demonstrating their inability to spend allocated funds for more than just bureaucratic obstacles.

Leading figures like social enterprises, foundations, NGOs, and other diverse organizations emerge from the months of lockdown with more expertise and awareness of the role they can play in restarting the country. In contrast with the Public Administration and the market, they have registered growing employment, as confirmed by the Istat (Italian National Institute of Statistics). They knew to spend the allocated resources in the time provided, reporting down to the last cent of spending, monitoring goal achievement, and publishing the data. They even benefit from a good reputation, enough to be called by Prime Minister Conte the “beating heart” of our country.

This is our proposal: let's integrate these facts into the plan for the Next Generation EU as direct actors of implementation, assigning them their funds directly. This is moreover supported by the verdict of the Constitutional Court (no. 131 from June 26th, 2020) and by the modification to the Contracts Code, establishing that Public Administration is no longer the sole holder of the common good, which is also achieved through cooperation with Third Sector organizations. Taking a closer look at the concept of co-planning and moving beyond the contract itself, one begins to see that every euro spent will return a hundredfold in the form of economic and social dynamism.

Instead of public administrations, Third Sector organizations could be made the dispersing parties in the sphere of gender equality and social and territorial cohesion as well, for which 17.2 billion would be expected in the Next Generation EU. Today there are at least 50 organizations in Italy that could use an annual 50 million for 3 years (7.5 billion in total) as an addition to their current budgets, with more effective, efficient, and transparent procedures than any public or local administration.

Another simple example: we are currently closing a project, Building Hope, that responded to the Covid emergency– financed by Usaid, in collaboration with the Municipality of Milan, the Italian Red Cross– Milan Committee, the Civil Hospitals of Brescia, Sacco Hospital of Milan, and the Portofranco Association. The plan of action included supplying hospitals with sanitary equipment. We had the choice of either sending the funds directly from the donors to the hospitals so that they could then purchase the equipment, or the purchase it ourselves as an NGO to then donate it to the hospitals.

They opted for the second route: if hospitals had been required to arrange the acquisition of the equipment directly, they would still be struggling through the process and many human lives would not have been saved. We followed transparent and traceable procedures according to the competitive environment in purchasing the equipment, and we spent funds on schedule and have already reached many preset goals.

Now that everything asks for restart, we look without hesitation to those who never falter, anti-cyclic, and who have worked for a sustainable development that leaves no one behind. We must decide to take up this path immediately. It's not unfamiliar, it's already mapped out.