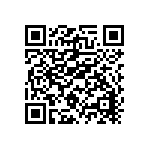 “We barely get any internet connection in these parts so I am always running around when I have some free time on my hands to try and catch a Wi-Fi signal from one of our neighbors” says a smiling Iyad.

Iyad, now 14 years of age, left Syria in 2013 and settled with his parents at the Adwe camp in North Lebanon. His father sadly passed away shortly after. Iyad is one of our hardest working students, despite the many constraints he faces such as the lack of network connection and proper tools, in addition to the frequent electricity cuts. Iyad also suffers from delayed growth. But this has never stopped him from striving towards what he wants to achieve. His determination to continue his education has been an inspiration for many of his peers, and teachers alike.

Iyad’s time is divided between supporting his family by working in the olive-tree fields and pursuing his studies. He barely has any time to rest. His dedication and love for learning meant doubling his efforts in order to stay in touch with his facilitator, who was extremely flexible to receive and respond to Iyad's inquiries, even if late in the night or the early hours of the morning.

Iyad has been actively involved in our BLN (Basic Literacy and Numeracy) activities, under the project "Back to the Future", while also learning mathematics, Arabic and French.

“I dream of becoming a professional photographer.” He says while smiling at the camera. “I want to take photos of the things and the people I love and save them forever.”

Iyad's passion for learning even led him to reach out for help from neighbors who let him access their Wi-Fi in order to contact his facilitator and pursue his lessons; showing exceptional commitment to his cause. The boy they call the “Wi-Fi catcher” will stop at nothing to achieve his dreams.

About "Back to the future"

Back to the Future is a project funded by the European Union in Lebanon , through the EU Regional Trust Fund in response to the Syrian crisis, the EU Madad Fund, and implemented in partnership by AVSI Middle East, Terre des hommes Italy in Lebanon and War Child in Lebanon which promotes enrollment and improves retention in formal education, for over 16,955 refugee and vulnerable children from local communities. It also enhances the learning environment by upgrading school buildings. The project supports formal and non-formal activities for pre-school and school-aged children.