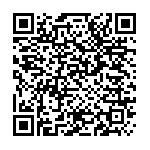 “Before the training I was redundant in this place and I was starting to lose myself: returning to school was far from my thoughts”

It’s eleven o’clock and Denish, 18 and Sharon, 19 are sewing bags under a tree in Palabek Refugee Settlement.

With the encouragement of a group of friends, Denish decided he would return to school when he later joined the Accelerated Education Program, a flexible, age-appropriate program that provides a chance to access to education for disadvantaged, over-age out-of-school children and youth, particularly those who missed out on or had their education interrupted due to poverty, marginalization, conflict and crisis.

Since 2019, 720 youth living Palabek Refugee Settlement have benefitted from Life Skills trainings. The Settlement currently hosts a population of 53,780 people, of which 85 percent are women and children, and 22 percent are youth 15-24 years.

Denish’s aspirations are growing. He is grateful to his peers and the teachers he met during the trainings who have given him good counsel and helped him believe in his dreams. He wants to become a medical doctor.

Life Skills trainings are a way young people are supported to acquire practical skills to allow them earn an income of their own, but also a means to bring them together and share messages of hope and to promote peaceful coexistence.

Youth are divided in groups of 20 to 25 with males and females at equal representation to allow them build strong bonds and work closely with each other. Denish and Sharon belong to the same group. With the supervision of Clara their teacher and point of reference in the settlement, they knitted 20 artistic bags using fabric provided by AVSI Foundation and sold out 17 of them at a profit. Clara also teaches the girls about simple ways to keep their bodies and surroundings clean.

“Having an occupation especially during this lockdown is important for us girls since we can afford to buy a few things on our own. With my share, I bought underclothing and sewing material for my reusable pad. I am no longer afraid of leaving home during that time of the month.”

Denish instead bought soap, salt and some tomatoes to flavor their meals at home.

“When I returned home with the tomatoes and salt and gave them to my mum to prepare lunch, I burst with joy because for the first time I was contributing to the well-being of my family.”

AVSI Foundation’s support to young people stimulates such partnerships that promote trainings and provide a meaningful chance for the future of the youth. AVSI is grateful to the funding from the which has made these young people better citizens.