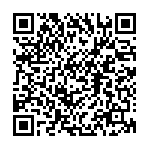 From September 1th, 2020, AVSI is implementing the project ASET "Achieving Socio-economic Stability of Returnees, Host Community and IDPs in Iraq".

Funded by the United States Department of State's Bureau of Population, Refugees and Migration (PRM), the project will last two years and improve the socio-economic resilience of vulnerable returnees, internally displaced people and the host community in Nineveh and Duhok governorates. The goal is to help Iraqis rebuild their businesses and provide a dignified life for their families when they can return to the areas from which they are displaced.

The prolonged protests that started in October 2019, the geopolitical instability, the recent influx of Syrian refugees in the Kurdistan region of Iraq (KRI), and the COVID-19 pandemic have added pressure to an already vulnerable community and further exacerbated the region’s limited public resources.

In its first-year implementation, AVSI will continue to support the Association of Farmers, Livestock owners, and Technicians (AFLT) in its capacity to provide access to credit and services to farmers. AVSI established the AFLT during the implementation of the project “A virtuous production cycle to relaunch a city and its economic fabric for IDPs and returnees to the Nineveh Plains" funded by PRM.

As employment, protection and social cohesion are still acute priority needs, AVSI will continue to support communities in Nineveh and Duhok governorates by helping them restore their abilities to provide agriculture and breeding services with a focus on the value chains of sheep, mushrooms, flowers and ornamental plants in Duhok; poultry, cows, olives and honey in Nineveh. The project will target women as potential earners. It will also provide gender-sensitive life skills training to farmers and their families.

Designed through extensive consultation with local actors in Qaraqosh, including hundreds of farming families, the project will reach 3,708 returnees, 5,047 IDPs and 1,545 people from the host community benefitting also 20,000 indirect beneficiaries.