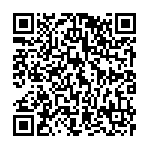 With funding from the Swiss-Agency for Development and Cooperation through Cities Alliance, AVSI Foundation is implementing a program designed to strengthen the structural and institutional mechanism for reception, management and integration of involuntary migrant in Arua City Council Central Division in Uganda.

The two-year program is expected to bring equal opportunities for development for the targeted 370 households in Arua Central Division in Uganda’s Westnile region.

The Westnile region has experienced an increased number of self-settled refugees and involuntary migrants in the last decade due to conflict, environmental shocks, search for social amenities and economic opportunities, with most of the migrants living in slums receiving little or no support or recognition from humanitarian agencies such as UNHCR, and the Central Government.

This has resulted into congestion, cultural clashes and struggles over social amenities, a rise in crime rates and an increase in urban poverty. Uganda is host to 1.4 million refugees and asylum seekers of whom 1.34 million are in 13 rural-based settlements while 0.08 million are registered in Kampala. The number of migrants in the other Ugandan cities is largely unknown.

Efforts by Arua City Council to address these adversities have been hindered by the inadequate data on involuntary migrants living in the city, moreover the situation has been exacerbated by limited financial allocation for social services. To address this problem, AVSI partnered with Arua City Council and Uganda National Bureau of Statistics (UBOS) to conduct a migrant household census to inform policy, planning and resource allocation on the reception, management and integration of migrants. UBOS is the principal Government of Uganda agency mandated to collect, process, analyze and disseminate data and is also responsible to coordinate and supervise the National Statistical System.

Through this innovative partnership, UBOS supported the development of census instruments including computer-assisted personal interview systems, Geographic Information System (GIS) mapping, training of enumerators, data collection and support visits to the migrant households, a partnership envisaged to enhance credibility of the household census exercise and authenticate the data collected on migrants by the Reception, Management and integration of Involuntary Migrants project.

Thirty enumerators walked house to house to collect this data using tablets and transmit the statistics directly and online into the UBOS information system.

The household census which began in October 2020, lasting four weeks will allow stakeholders and partners to develop an effective strategy in response to the challenges of urban displacement.

Arua City experiences a high incidence of rural-urban migration and increased number of out of camp self-settlement of refugees and other unregistered migrants. Most of these have moved to settle in the city for various reasons such as conflicts in the designated settlements, environmental shocks, seek social amenities and economic opportunities which rapid rise in urban population results into congestion, cultural clashes and conflicts between host communities and the migrants over social amenities, rise in crime rate, increase in urban poverty, and increase in number of abandoned and unaccompanied children.

The two-year program will support

It is critical to enumerate refugees in cities for inclusiveness and for appropriate planning for their social welfare and livelihoods for the migrants who are mostly from South Sudan and the Democratic Republic of Congo.

Key highlights from the #UrbanThinkersCampus: "Forced Migration: Most Refugees Live in Cities" >