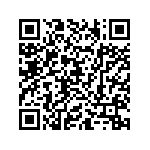 To leaf through the government recovery plan is a counter-action exercise to the skepticism. There is in fact the proposal to advance the relaunch of a green Country, in which young people can find jobs and in which the economic growth can coordinate to an equal distribution and sustainability. It is understood also a removal: the Third Sector is left behind.

That which is the “beating heart of society” – to stole the definition given by Giuseppe Conte, President of the Council of Ministers of the Italian Republic​ – to whom institutions and media offer continuous appreciation, he isn’t been considered as political subject in this fundamental game. So much so that in the paragraphs about objects and instruments to get out of crisis, the third sector isn’t mentioned.

Yet countertrend compared with the Public Administration and the market, the Third Sector has registered a growth in occupation, as ISTAT has registered, and since the beginning of pandemic has activated actions that are contributing to the social hold, hence economic, of our Country, managing to reach people in need until the last mile, promoting new forms of active citizenship and community, keeping our social net alive which are in risk of being wiped away and broken apart by COVID-19 crisis.

It comes a suspect: either it is neglected or it is so taken for granted that it is operative regardless, so that it comes to the point that it is not deeming necessary to support it. Not only – as De Bortoli wrote – it has been surpassed by push scooters which have raised funds of 120 millions euros against 100 for the third sector bodies (increase in the Endowment Fund of the Third Sector), but neither it is considered as a possible beneficiary of the comprehensive tax reform envisaged by the Recovery Fund.

It is true that with the Relaunch Decree some important measures have been introduced, like the extension of the liquidity interventions foreseen for SMEs also to the ETS and the provision of a specific allocation for the southern ETS. But they are only a rescue of previous discrimination and they aren’t enough. It is necessary to recognize the Third Sector as changing agent, avoiding the drift of a "unionization of its demands", as Bonacina writes on Vita.

And it is in this framework that our proposal is grafted: where in the Relaunch Plan a fair transparent taxation and an overall tax reform are planned, we could insert the deduction of 50% of the traced contributions given to the Third Sector Entities, both by part of natural and legal persons, with no limits on the amount. This through a simple law, which replaces the many partial and sectorial laws with dissuasive effects. Among other things, taking advantage of the now next milestone of the Single Register of the Third Sector, a transparency tool.

Of course, this deduction for the State would constitute a cost, which however would be recovered in a not too long time: the deduction would increase the resources available to the Third Sector, it would support it creativity, the possibility of unleashing the animal spirits of solidarity, to paraphrase Keynes, and to ignite that optimism that helps to overcome the worst crises by trusting the common work.

It is now clear that the State and the market are not able by themselves to lead us out of this unprecedented season, just as there is an overwhelming need for citizens who, passionate about the common good and organized in free associations, are supported in offering their contribution to the community.

Far from being yet another measure to chloroform, the proposed deduction could finally mark a change of pace.