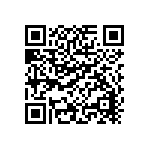 Until 2002, in the African continent, Ivory Coast was considered as the Promised Land, a place where you could find employment and new opportunities. However, this trend reversed due to frequent political crises and, nowadays, the country is not only facing a poverty rate exceeding 45% but it has also become the departure point of illegal migration flows to Europe.

Migrants are mainly represented by young people, aged between 18 and 25, who are often pushed by their own families to leave the country. Since they are convinced that there are no opportunities in their own villages or in the big cities’ suburbs, they sell what they own to collect around 1500 euros, the smuggler’s fee, and they set off on this journey without really knowing the risks and the dangers they will have to face. They have to cross the Sahara, going through Burkina Faso and Niger, and, if they survive, they reach the Libyan or Tunisian coast and wait there to embark for Europe. Often their journey stops there, before they have a chance to reach the European continent, and they endure abuses, violence and mistreatments they would have never imagined.

Appropriate communication actions may foster the circulation of accurate information that could reduce the gap between the realities of this phenomenon and its distorted perception. For this very reason, AVSI launched “A New Hope” in January 2019, a EU-financed project implemented by AVSI, in partnership with CeVI, Ballafon, CPA&I and the local associations VIF, Caritas CI, SOS MIGRATION CLANDESTINE.

Lorenzo Manzoni explained to Fanpage.it : “We asked Ivorian sector experts and academics to carry out a study and survey to understand which communication means were best suited to convey the message. We have used advertising billboards along the streets, TV advertisements, radio spots, social media campaigns and awareness-raising events. The objective has been to get through to potential migrants with positive slogans that stress on the fact that it is possible to build a future here.”

The project has a budget of 632,000 euros, of which 569,208 euros were allocated by the EU Asylum, Migration and Integration Fund (AMIF).

Francesco Pistilli, Stefano Ricci and Natália Alana’s documentary "A New Hope - Short film" shows testimonies from some of the project’s beneficiaries and clearly demonstrates the importance of this network and its activities in favour of potential or returning migrants. These activities include professional training courses, the creation of job opportunities and family or local businesses’ funding.

There are success stories such as Oumou Sako’s, who returned to Ivory Coast after having had a negative experience attempting to migrate to Europe. She says: "My advice is to not go to Europe but to stay in Ivory Coast. If I will ever go to Europe again it will be for a holiday and not to find work”. Through AVSI, Oumou has attended a professional training course and, with a financial support of 500.000 CFA francs (around 760 euros), she has started a poultry farm that allows her to be financially independent.

Another inspiring story is that of Aboulaye Barro, mechanic and potential migrant, who was discouraged from pursuing the migration myth by the fact that many of his friends died during their journey to Europe. He listened to a surviving friend’s advice and reached out to AVSI where he was helped to set up the workshop he had always dreamed of.

"It is paramount – explains Laurent Ayemou, AVSI‘s project manager – to facilitate the integration of returning migrants into the socio-economic fabric of the country and this is why we are providing them with material, financial and technical support. But it is even more important to communicate and give this information to the migrants that are held in European refugee centres as illegal immigrants and have no hope of being integrated, so that they can come back here.”.

Europe is not Paradise, Paradise is Africa