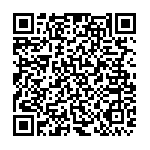 Reyna Ramírez Sánchez was the founder and a mexican activist of the "Obreras Insumisas" collective. During her lifetime she was threatened and suffered violence for defending the rights of women workers in the maquilas (clothe factories) with her collective. She was also blacklisted and, although she wanted to, she could no longer work in the maquilas of Tehuacán, Mexico.

Until her last days in April 2020, she continued to defend the rights of working women.

She was part of the Polo for Participatory Citizenship Building project co-financed by the European Union and promoted by the AVSI, in alliance with Sikanda, SEPICJ A.C., Centro Lindavista which for more than three years has empowered more than 300 activists, members of 200 NGOs in the states of Oaxaca, Guerrero and Puebla in Mexico.

Renya's work has been documented by the Italian director Matteo Bastianelli in the short film "Fortaleza Mexico" selected for the 15th International Film Festival "Shorts Mexico". It will be showcased the 7th September in Mexico City (available also in streaming only in Mexico on festhome.tv)

The short film tells the story of four women leaders of civil society organizations in Mexico who has been involved in our project.

Across Mexico, almost 40.000 people are categorized as “missing” by the government. A widespread violence that has claimed more than 250,000 lives since 2006. A journey between the States of Guerrero, Oaxaca and Puebla, where relatives of missing persons are trying to find their beloved ones, indigenous communities are implementing solutions to solve problems concerning security, access to water and the defense of workers’ rights in the maquilas. In this problematic context, the civil society together with local NGOs supported by an international project promoted by the AVSI foundation and financed by the European Union, are trying to change their future.

We dedicate the premiere of this documentary to Reyna and her important work with "Obreras Insumisas" and we thank her posthumously for telling her story in the documentary.