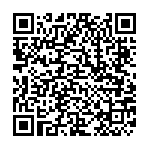 “Humanize Prison Sentences, Promote Life” is the title of a new project launched by the Association for Protection and Assistance to Convicts (APAC), a prison system without guards located in various Brazilian states. The project came about thanks to a partnership between AVSI and the Brazilian Fraternity of Assistance to Convicts (FBAC) and is funded by the European Union.

Getting to the heart of the mission, the title combines two crucial components: protection from a deadly virus while raising awareness on the inhumane condition in Brazil’s prisons, considered among the most violent in the world. Officially launched in June, the project strengthens the United Nations global message against the crime of torture.

The EU funds will be used to buy sewing machines, supplies to make and sterilize the masks, and to offer training sessions. The project is also supported by the Court of Justice, the Government of Minas Gerais, and the Institute Minas Pela Paz.

"The masks will be donated to the Health Departments in the states where the APACs are located and will also be used by the prisoners." Jacopo Sabatiello, AVSI Brasil Vice President explains.

“Through this project, the prisoners have the opportunity to show solidarity and stay close to civil society during the crisis. This pandemic has hit Brazil very hard, and now is engulfing the country” adds Valdeci Antonio Ferreira, FBAC Director.

“Besides learning new skills, prisoners contribute to slowing down the spread of the virus,” says Sabatiello. “This work helps them socialize and reintegrate into society, not to mention that making masks keeps them busy at a time when family visits are prohibited”.

In conjunction with the “Humanize Prison Sentences, Promote Life” project, AVSI and FBAC are seeking to promote the APAC method, which has had astounding success at rehabilitating inmates, and to denounce the rampant abuse and violence in Brazil’s prison system.

“The APAC method promotes the inmate’s social reintegration and leads to concrete and positive results for the whole of society,” adds Sabatiello. “In Brazil’s penitentiary system, the violence amplifies the problem instead of solving it.”

A humanizing alternative to mainstream prisons, the APAC method was developed in 1972 by a group of volunteers led by Mário Ottoboni, a lawyer and journalist.

The Association for Protection and Assistance to Convicts (APAC) is a non-profit organization dedicated to the recovery and social reintegration of prisoners. Without losing sight of the prisoner’s sentence, the APAC method believes that humanizing the experience of prison life contributes to the successful rehabilitation of the individual into society.

Over the years, various indicators demonstrated the validity of this methodology, including a dramatically lower rate of recidivism. In the APAC facilities, the recidivism rate is only 15% for men and 5% for women, while in mainstream prisons, the statistic can reach 85% and 15% respectively.

APACs offer a concrete alternative to the traditional detention system, in particular related to law enforcement