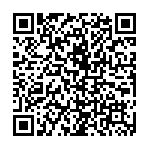 There is a panoply of benefits that stem from adequate and accessible green infrastructure. It is undeniable that they are essential for the urban climate and biodiversity, but they can also act as a catalyst for human wellbeing by contributing to income enhancement and social cohesion.

Within the initiative “Improvement of Green Infrastructure in Jordan through Labour-Intensive Measures (cash for work)”, funded by GIZ on behalf of the German Federal Ministry for Economic Cooperation and Development (BMZ), AVSI Jordan has rehabilitated public green spaces in Aqaba and Zarqa Governorates.

In Humayma (Aqaba Governorate), an originally abandoned park was turned into a social hub for the community.

Rehabilitation works were implemented with the participation and support of semi-skilled and unskilled vulnerable people. Through a cash for work mechanism, AVSI provided short-term employment to Jordanians and Syrians, with the twofold aim to alleviate immediate financial pressure on individuals, as well as to improve their future employment prospects through skills development. Ultimately, this approach paves the way from a phase of emergency to one of full-fledged development, by enlarging the spectrum of livelihood opportunities available to people and allowing them to act as protagonists and agents of their own development.

The Cash for Work initiative has also contributed to strengthening social cohesion by offering host and refugees communities the opportunity to work together towards a common goal.

Moreover, AVSI’s participatory design approach and implementation process has given rise to a sense of ownership and social cohesion among host communities and refugees.

Public spaces play a pivotal role in the social life of communities. For Humayma residents, the park now exudes a sense of community and it represents a safe place in which shared experiences and value are created. It is rewarding to see that the local communities feel the sense of ownership of this public green space and that the park bursts energy and vitality.

Video by Rajiv Raman for AVSI