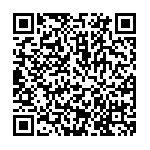 Richi, 17 years old Honduran, left for the United States alone in search of the American Dream. After riding through Mexico on the train known as “the beast” and escaping from the immigration police while trying to cross the border wall into the United States, he found the FM4 shelter in the state of Jalisco, where they helped him apply for a permit to be recognized as a refugee in Mexico. "When I get to the FM4 shelter I could make a new life, get papers and live in peace" explains Richi.

For migrant communities, Mexico has been considered a "transit" country; however, now migrant care centers have become places of stay for around 6-8 months.

In order to improve the situation of migrant children and adolescents in Mexico, AVSI (Fondazione AVSI and AVSI Mexico A.C) in partnership with the local organizations Dignity and Justice on the Road A.C. and FM4 Paso Libre and with the financial support of the European Union, have launched the project "Dignified Inclusion" to support more than 500 migrant children and adolescents, 4 shelters, 120 human rights defenders and 16 public and private schools in the states of Oaxaca and Jalisco over three years. The intervention includes the design, implementation and dissemination of an Alternative Care Model for migrant children.

"An important component of the action" comments Rossana Stanchi, country representative of AVSI Mexico "is the sensitization of schools, civil society, public opinion and host communities about the situation of migrant children and their value in the development of transit and destination communities".

In addition, this project seeks to generate a strong linkage of public and private actors, nationally and internationally, this will be a key factor for the promotion of models and protocols focused on Human Rights of child migrants in Mexico.

Furthermore, another one of the project's highlights includes the possibility to offer children and adolescents a dignified stay, in which they can feel a little closer to home, and included in a real and humane way, ensuring the fulfilment of their human rights.