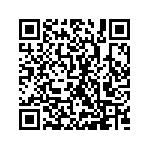 In Duhok Governorate, an autonomous region of Iraqi Kurdistan, since October 2019 AVSI has been implementing the project "Strengthening the socio-economic resilience of the most vulnerable refugees, displaced persons, returnees and host communities in Iraq" to support micro-economic activities for the production of mushrooms and ornamental plants.

Despite the Coronavirus emergency, the project carried out with the local partner VOP-FAM (Voice of older people and families) has not stopped, on the contrary: it has proved to be a support for the local market of mushrooms and flowers that before the lockdown were only imported. Furthermore, by common agreement with AICS (Italian Agency for Development Cooperation) , it will include the distribution of 100 hygiene kits to the Yazidi families involved in the project who live in the refugee camp of Esyan, where thousands of people who survived the persecutions of the Islamic State live.

"The mushroom project - explains Giulia Cegani of AVSI Iraq - is aimed at 300 people living in Domiz and Sharya. Most of them are Yazidis, a population strongly persecuted during the occupation of Daesh with a culture dating back over 6 thousand years ago and which lives mainly in the northern parts of Iraq and Syria. In the summer of 2014, about 12,000 Yazidis were murdered or kidnapped by Daesh. Those who survived and remained in the Duhok governorate are still struggling to resume their life today. The situation there is very difficult also for the other communities: Syrian refugees, the local Kurdish population and the displaced Iraqis who fled from Mosul. In addition to the economic problems, it's crucial to recreate a peaceful social fabric. With this project we encourage collaboration between people from different communities to start small income-generating businesses. By growing mushrooms and flowers, which were previously only imported, we also grow a new network of relationships".

The first results in Domiz

In early March 40 people from the village of Domiz - on the outskirts of Duhok - received spores to start mushroom production, just before the lockdown triggered to prevent the spread of Coronavirus.They are mostly Kurds and displaced Iraqis, people who escaped mainly from Mosul during the war and who have not returned. "It is exciting in this complex period to see the first results - continues Giulia Cegani - even if only via whatsapp, which has become the mean for the follow-ups of the first groups of producers; in this emergency context they tell us that the project is even more important: we guaranteed a small profit to 40 people and the local market was able to stock up on mushrooms despite the blocked imports. The first groups are made up of Kurds and Iraqis who work together side by side. When we return to normal life we will also have groups of Yazidis, especially women, and Syrian refugees. By encouraging their collaboration to create a small supply chain for the cultivation of mushrooms and ornamental plants, we are connecting different communities, which is the basis for peaceful coexistence".

Abdulrahaman, who is part of the local Kurdish community, has made part of his home available to house Zulaxa and two other Iraqis like her. In less than three weeks they managed to produce, harvest and sell the mushrooms to the small neighborhood shops.

Mahmood and Salih are two Iraqi brothers who fled from Mosul and preferred to stay in Domiz instead of returning to their city. Due to serious health problems, Salih cannot work; for this reason he chose to leave part of his home to his brother to start producing mushrooms with Sawsan, who belongs to their community: the first 6 kilos have already been collected and now, with the support of the project, they are thinking of joining Abdulrahaman's group to supply local retailers together.

Mohammad and Khane supply the supermarket near their house

Mohammad and Khane are Kurds and before the project they would never have thought aboyt producing mushrooms in their village and yet, since they joined the company, they started supplying a small supermarket near their home.

The COVID-19 emergency in the Yazidi refugee camp of Esyan

Waiting to be able to start activities also in the displaced camp of Esyan where flowers and ornamental plants will be grown in the greenhouse (currently impossible due to the ongoing lockdown in the country), AVSI and AICS have decided to redirect a project activity and to start a campaign to raise awareness on the prevention of the spread of COVID-19 in the Esyan refugee camp where the families of the beneficiaries- who just in these days should have started to grow flowers -live. 100 families will receive hygiene kits.

Some other AVSI's activities also continue: How AVSI Iraq is accompanying beneficiaries during COVID-19 epidemic >