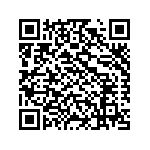 On March 22, Uganda recorded its first case of COVID-19, when Government swiftly took a series of directives to disband large groups by closing schools, suspending public transport systems, and shutting down non-food economic activities and its borders.

Aware of the possible social shocks these measures might raise, AVSI has remained active in connecting with communities to accompany them with messages of disease prevention and of hope. We have combined efforts with the Local Governments (in 20 districts) and other agencies in the Government-instituted district task forces geared towards planning, lobbying, surveillance of suspected and confirmed cases, and communication and behavior change activities through radio talk shows and on foot using megaphones in the people’s local dialects.

I’m happy to be here and to share our expertise in this battle. We learnt important lessons from the field in the fight against Ebola. The populations are conversant with our work here and they have been very supportive in this fight against COVID-19

The District Task Force is an organ of international agencies, community leaders and the Local Governments with the goal to coordinate a collective response to the COVID-19 emergency, taking into consideration the real contexts in which the people live, including host and refugee communities.

AVSI’s constant commitment in the district Task Forces is to support health teams in case identification and ensure availability of isolation space for suspected cases, sensitize the local populations with Standard Operating Procedures such as keeping social distance, hygiene measures and other prevention messages, and facilitate running costs for ambulances to ensure cases and samples quickly reach laboratories for testing.

We are reaching 335 health facilities in Northern Uganda with our services during this time with funding from UNICEF and the Italian Agency for Development Cooperation.