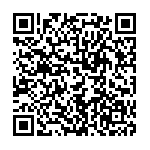 In February, a group of 88 Venezuelan refugees arrived in Chapecó, Santa Catarina, a state in southern Brazil. 68 of them were hired by a food processing company based in the nearby city of Seara, while the rest are family members.

Promoting voluntary relocation through the employment of Venezuelan refugees and migrants is the main goal of Welcomed Through Work, a project funded by the U.S. Department of State Bureau of Population, Refugees and Migration (PRM) and implemented by AVSI Brasil in partnership with the Institute of Migrants and Human Rights (Instituto Migração e Direitos Humanos – IMHR).

“To integrate this group, we partnered with the Jesuit Service for Migrants and Refugees, who connected us with the food processing company,” said Thais Braga, AVSI Brasil’s Project Manager, adding that when they arrived, the 68 beneficiaries had already gone through a selection process and had all the required documents and vaccines.

The 88 Venezuelan refugees already have a place to live in the cities of Xanxerê and Seara. All expenses, including accommodation and social assistance for the first three months, will be covered by AVSI Brasil thanks to PRM funding.

“We believe that this initial transition is crucial since we are dealing with people who, until very recently, were living in reception centers in Boa Vista and Pacaraima, and don’t have any resources to pay for rent or any other expenses,” explained Thais.

As part of the project’s social assistance component, a social worker will help families integrate into their new community.

Supporting families is key to ensuring a dignified integration, If their family is integrated into the host community, a new employee will be able to adapt more easily to their new job environment.

This is the first group of Venezuelans to be integrated in Brazil through this specific project. Over the next two years around 2,000 more will receive similar opportunities thanks to PRM’s funding and AVSI Brasil’s hard work.