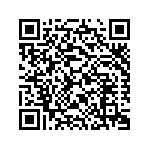 “The worst thing that could happen to Syria, on top of the many other adversities, is to be forgotten” says Italian Cardinal Mario Zenari, tApostolic Nuncio in Syria.

In his appeal, Zenari noted that "there are more than 13 million Syrians who have been affected by the war and require humanitarian assistance such as food and medicines".

Since 2016, Zenari has been involved with AVSI's Open Hospitals, an initiative to address the current health crisis in the country. The project provides medical care for those living in poverty and supports the activities of three non-profit hospitals in Syria.

Open Hospitals is implemented by AVSI with the support of individual donors, various institutions and private foundations including the US Conference of Catholic Bishops and the Catholic Health Association.

In this video, Cardinal Zenari recalls the main activities of the project: so far, about 30,000 people have been treated in the three hospitals supported by Open Hospitals and the goal is to reach a total of 50,000 people.

“Half of Syria’s hospitals are currently out of commission making the need for medical care desperate, particularly in conflict areas where hospitals are often a target and eight in ten people live in poverty – said Giampaolo Silvestri, AVSI Secretary-General in a recent interview with crux.now. We are looking for resources to continue, but things are progressing well. There is still a continued need for healthcare,”

With the situation on the ground not improving, Zenari agrees “We shall have to continue our efforts and deal with the health emergency,” says the Cardinal, adding that it is crucial “to keep our eyes on Syria and not let the curtain fall” on the tragic situation that continues to unfold.

“The worst way of being killed,” he said, “is by silence and indifference.”