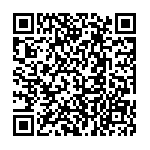 In November 2019 the Iñay Awards Gala was held in Guayaquil, Ecuador within the framework of the second edition of the International Tourism Convention Discover CIT, organized by the Municipal Public Tourism, the Export World EC Consortium, Civic Promotion and International Relations Company of Guayaquil.

During the event various organizations that have contributed to the strengthening and development of tourism activities in Ecuador have received acknowledgments.

AVSI Ecuador has won, among five organizations nominated, the award in the Tourism Management Category - NGO subcategory - for "Tejiendo Redes" project and specifically for the cultural heritage support component through the strengthening of the sombrero in paja toquilla chain made with the association of artisans Picoazá Toquilla Quality.

The production of the toquilla straw, worldwide known as Panama hat is considered an exceptional cultural manifestation in Ecuador, capable of attracting visitors to the country and contributing to national tourism. A Panama hat is a traditional brimmed straw hat, which became famous around the world because of the workers on the Panama Canal who wore them, hence the name “Panama Hat”. Contradictory to its name, the Panama hat it is a Ecuadorian product locally, it is also called “sombrero di paja toquilla”. Weaving of the traditional Ecuadorian toquilla hat is an old art that it was declared an Intangible Cultural Heritage in 2012 by UNESCO. This term is used to define practices, traditions, knowledge and skills communities passed down from generation to generation as part of their culture heritage.

Yubari Valero, representative of AVSI Ecuador, received the award: "We are very proud of this prize. It is an award to the collaboration at the basis of Tejiendo Redes project. Without the great teamwork of staff, the strategic partners and the good reception of the Picoazá community in Manabí, the project and this award wouldn't have been possible".

"Iñay Awards 2019 is the opportunity to inspire those who with much effort, love and work have managed to be benchmarks in the field of tourism by contributing to our society and our country" said Gloria Gallardo, President of the Municipal Public Company of Tourism of Guayaquil.

The "Tejiendo Redes" project, funded by the European Union and implemented by AVSI in consortium with the ngo CESAL, the decentralized autonomous Government of Portoviejo, the University Study and Work Corporation, and the CRISFE Foundation, was launched in 2017 to support local producers of the “sombrero in paja toquilla”, the Panama hat.

The project was carried out from March 2017 until September 2019 in Picoaza a former village that decades ago was absorbed by growing urban sprawl of the city of Portoviejo severely affected by the 2016 earthquake.

Eleven cooperatives of the chains of toquilla straw, corn, peanut, banana, lemon, textiles, among others, were strengthened, prioritizing those constituted by women and young people. All of them were equipped with productive infrastructures and technical assistance for the design of business plans.

The project involved also 119 civil society organizations and 48 of them were strengthened in leadership, organization financing, internal organization and project development. Also, the project promoted a Local Management Committee to keep on supporting the families in the area and to give vocational training to 160 youth.

For more information on the project >