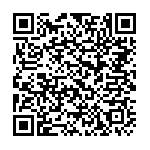 The province of Cabo Delgado has been one of the most affected areas in Mozambique by the tropical cyclones Idai and Kenneth that hit the country in March and April 2019. Recent estimates from UNICEF indicate that there are still about 100,000 people displaced across resettlement sites in the central and northern regions of the country and in need of help (data as of 30 August 2019 – UNICEF).

For this reason, AVSI and UNICEF have launched the 6-month project "Juntos com as crianças" in July 2019, to reach the population of Cabo Delgado - in particular in the areas of Ibo and Quissanga - affected by cyclone Kenneth. The action aims to enhance the wellbeing of 3,600 children and to ensure their access to protective communities.

The core of the project revolves around educational activities to improve children’s literacy and recreational activities, such as sports, traditional dances or theatre classes. This is made possible thanks to the collaboration of AVSI, UNICEF and the local NGO Fundación Ibo.

I can see that thanks to the recreational activities we organize, kids are slowly healing from the trauma of Cyclone Kenneth. And I am always astonished to see how many children are eagerly awaiting for the next football tournament.

The joint efforts of all the actors involved, led to the involvement and training of 110 local community members on child protection, psychosocial support, early child marriage and gender-based violence. The training has been a key part of the project in order to organize community awareness sessions and focus groups on such sensitive issues. Thanks to the psychosocial pedagogical tool "Unfolding Boxes and Obstacles towards Creative Solutions for a Psychosocial Approach" developed by AVSI, the capacity built with the training sessions could increase over time.

Another core activity of the project is to support the local authorities in strengthening the referral system of identification and legal, medical and psychological assistance to deal with the most vulnerable cases.

The expectations are to strengthen the linkages among various bodies involved in child protection – affected communities, child protection committees and government structures – in order to create a partnership that can remain viable even after the end of the project.