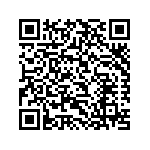 It’s a night Mwamini will never forget. Her husband had recently died, but there was no time for grief. It was time to take her children, all under 18, from the devastated village of Rutskuru, in the Democratic Republic of the Congo, and leave for Uganda. The goal: pursue safety with the hope of finding peace. While walking through a thick forest, she lost contact with six of her eight children. They were nowhere to be found. And may never be.

“I would never know how to explain what happened. It was dark, and I have not seen my children since,” recalls Mwamini with tears.

Living in Uganda since 2012, Mwamini’s is one of 6,600 households supported by the USAID-funded Graduating to Resilience Activity in Kamwenge District. Led by AVSI Foundation, in a consortium with Trickle Up and IMPAQ International, the project’s goal is to graduate extremely poor refugee households who fled from the Democratic Republic of the Congo (DRC) and vulnerable Ugandan households from conditions of food insecurity and fragile livelihoods to self-reliance and resilience.

Cash transfer is a fundamental part of the Activity because it ensures basic needs including food security are met so that households can experience the stabilization needed to engage in other activities.

"I received UGX 54,000 from the cash transfer activity,” celebrates Mwamini, who can use this money to buy food for her family and any extra earned from other activities to pay for her children’s schooling.

​Mwamini would also like to save to invest in her own business. She wakes up early in the morning to cultivate her garden of corn and beans and, later in the day, works on her small shoe trade business, walking through the refugee settlement in search of customers.

Mwamini misses the days she spent in Rutskuru in the company of her entire family, but she is determined to start over again. Her monthly income from corn and beans and her small business, supplemented by the cash transfer, is making it possible to meet the immediate needs of her family. She lives with her two children, Zaina, 11, and Fatuma, 14, in Ntenungi Zone in the Rwamwanja Refugee Settlement. They go to school every morning after a good breakfast, confident that they will return home to a hot meal.

Now, with the coaching sessions offered by her Graduating to Resilience and her growing business, Mwamini is confident they will have a better future.

I left my whole life back home. This time, I want to start over again, smile with my children and make sure they have a good education.