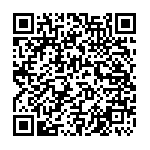 Since conflict erupted in South Sudan in December 2013, some 1,17 million children aged 3 to 18 years old have lost access to education. The enrolment rate has decreased due to displacement, lack of trained teachers, inadequate supplies and disruption of education services fuelled by the economic crisis.

Deteriorating livelihoods and the increasing outflow of the communities in Ikotos County have discouraged children to attend school. For this reason, AVSI is involved in the Food for Education activities, funded by the World Food Program, which contribute to alleviating short-term hunger among pupils, thereby increasing school enrolment and attendance. Indeed, a significant draw for children to attend school is the provision of free and nutritious meals at school. This not only feeds the child, but it also alleviates some of the stress on family income and food stocks.

"Teaching is about vocation, especially in Lofus." Omani is 41 years old and has been deputy Head Teacher in Lofus School for over five years. He has now quit the role, but he is still teacher by vocation, helping students to grow in his homeland.

I have started teaching because I wanted to share my knowledge with other people. Before I was an agricultural advisor, but then I realised I held a good education and it wasn't likewise in my community of origin, Lofus. Educating my younger brothers and sisters became my goal, so I decided to go back to Lofus and I was appointed deputy Head Teacher.

As the civil was started in South Sudan, however, problems arose for the school.

“It was a very hard period. Lofus is close to the border and as soon as security challenges appear for the country, families can easily flee. It means free food, but also free education waiting for them on the Ugandan side. The number of our pupils began to drop. The community here is very poor and had no means to open a canteen to keep the students. From 2015 to 2018 the school did not receive any kind of support; there are not many NGOs in the area, the Head Teacher was mainly based in Ikotos and I was left alone with all those issues. For students themselves, it was very hard to stay here and concentrate: it is difficult with empty stomach. In the late teaching hours, you would even explain stuff several times. As a result, they used to fail a lot in my exams.”

In 2018 AVSI identified the school under FFE program and things began to change.

“One day we saw a couple of brothers from a far village coming to our school. It was the very first time we had pupils from that area. They used to fear because of the distance. The school canteen opening has changed some minds: food has an attractive power. Thanks to it we are now educating areas not covered by education before. Food is defeating fears.” An example which surely does not stand alone in the school, the teacher explains.

We had the case of a family who spent 2 years in a refugee camp. As they learned about the canteen, they decided to bring their children back here and last month they enrolled them for the new term.

Small changes - he says - but which are likely to affect soon community’s life. “Last year we had no 6th grade students: candidates would always go to refugee camps or elsewhere for better education. Since the canteen is there, we have now a 6th grade class in the school and we even expect to start a 7th grade for next year. I have two children enrolled in school; if so, they won’t have to move elsewhere to finish primary school. I am happy and they are happy too”.

A nice feeling - Omani comments - which has grown with unexpected results too. “The skills I got from my previous job as agriculture advisor are now turning out to be very useful for the school. With AVSI-WFP support we are about to start a school garden and due to my knowledge, I am able to give some good advices and lead the activity.”

A small sign, for Omani, that when one follows his route “by vocation” every detail turns out to be useful and can “nourish” others too.

The 10-months project - funded by the World Food Program - seeks to reach 15,281 beneficiaries per month in the Ikotos County, supporting schools with the provision of free meals and consequently increasing enrolment rates.