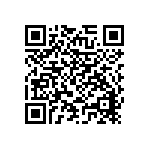 Cooperation, development, distance support program and fighting inequalities, these were AVSI's keywords for this year's Rimini Meeting. Once again AVSI has shared with thousands of visitors its daily commitment in 32 countries around the world.

The Distance Support Program (DSP) has been the core of AVSI's stand and of the installation curated by Vita, with images and moments of the project "Dante in Kibera": a theatre performance inspired by the Divine Comedy that involved 140 children and teenagers from the slum in Nairobi.

Watch again all the events (Italian):

With Samuele Otim Rizzo, chief of party of the "Skilling Youth for Employment in Agribusiness (SKY)" project, and the youngsters that participated in the summer camp in Kampala

With Maria Bianucci, journalist and "godmother", Marco Trevisan and Emanuela Salandini involved in the distance support program in Uganda

With prof. Mario A. Maggioni, director of the Research Centre in Cognitive and Communication Sciences (CSCC) of the Catholic University of the Sacred Heart and Lucia Castelli, AVSI Child Protection Senior Advisor

The event "Distance Support: I can be a protagonist in my own country"

The project Syria. Open Hospitals at the event "Technological innovations in healthcare. Technology available to the person"

Meetings at the International Arena

AVSI has been one of the protagonists of the International Arena, space created thanks to the new collaboration between different realities – European Unione (DEVCO), Italian Cooperation (DGCS-AICS), AVSI, Concord Italia, ASviS e the Catholic University of the Sacred Heart – that share the same commitment in the field of international cooperation and development within the SDGs framework.

Not by bread alone: development which also involves Dante in a slum

Becoming the protagonists of our own lives through work

Culture as a Way to “Imagine” a Peaceful and Inclusive Future

Migrants between alternatives to clandestinity and Assisted Voluntary Returns