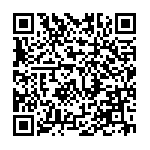 South Sudan continues to face chronic vulnerabilities as a consequence of the national and localized conflicts and associated population displacements, poor rainfall, low purchasing power and high food prices, as well as livestock and crop pests and diseases. The armed conflict has caused a major public health crisis since December 2013 and the current prevalence of acute malnutrition in the country is unprecedented.

According to the last Integrated Food Security Phase Classification (IPC), a multi-partner initiative to improve food security and nutrition analysis, drafted in coordination by Governments, UN Agencies, civil society and NGOs, almost 7 million people in South Sudan are at risk of acute malnutrition (data as of July 2019).

To face this critical situation, AVSI South Sudan has launched a new emergency project, funded by the Food and Agriculture Organization, with the objective of protecting vulnerable households against hunger, malnutrition and destitution in Cueibet County (Lakes State). A 7-months program - officially launched in June 2019 - that seeks to address the issue through seeds distribution and providing technical information and guidance to 7,000 farmers.

Cueibet, in the Integrated Phase Classification, is classified as one of the worst counties in South Sudan from the food security and livelihood point of view, with a consistent part of its population estimated to be in phase 5 of the IPC, which means that households are experiencing extreme food gaps and significant mortality is directly attributable to outright starvation

AVSI is walking together with the community of Cueibet also by supporting 10 schools under UNICEF and 14 under the World Food Program - Food For Education and Food Security intervention. Alongside projects on education and food security, AVSI supports the population through an intervention on gender-based violence and disability, funded by AICS.