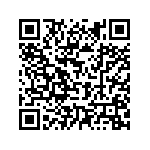 AVSI approached EDD 2019's theme "Addressing inequalities: building a world which leaves no one behind" by presenting two win-win experiences based on synergies between non-profit and for-profit actors that use vocational training as a mean to overcome inequalities in Africa and Europe.

"The creation of job opportunities is part of the response strategies for the phenomenon of migration” says Bamba Lassiné, currently the project manager of the ngo AVSI for a project in Ivory Coast, financed by the European Union, aiming to facilitate people’s access to the job market.

“The beneficiaries” adds AVSI’s representative to the news agency DIRE “are the most vulnerable groups: women, widows, disabled people, youth, uneducated people, as well as returnees”. The latter are those who tried to reach Europe but have been repatriated.

“Families get often into debt to collect the money for the travel. Who comes back is deeply ashamed and feels the failure, some people don’t even have the courage to come back home. We give them a second chance.” Lassiné explains that in Ivory Coast government’s policies on occupation focus on people with a diploma “but those who live in rural areas don’t have an adequate education level and the lack of work creates a great poverty. This is one of the reasons that drive some people to get on boats, risking their life”.

AVSI works to offer educational programs or to enable people to start their own businesses: 50 professional associations of artisans have been formalized and 50.000 artisans have been registered at the Chambre nationale de métiers in Ivory Coast. “According to the requests of enterprises” he continues, “we also offer complementary educational programs in order to provide the participants with the necessary skills to be selected”.

Therefore, the project reaches a double objective: “We allow returning migrants to reintegrate in their society, but we also prevent departures: if the ‘future candidates’ for migration find opportunities, they renounce to leave the country”.

AVSI’s project for occupation and social inclusion has been presented during the European Development Days, the forum dedicated to development cooperation organized by the European Commission in Brussels. “An important occasion” explains Maria Laura Conte, AVSI communication director, to DIRE “The forum links NGOs, institutions, European functionaries, young leaders, startuppers and private sector. This proves how many different subjects can be involved in the challenge of cooperation. A project – it is clear – which is going to be successful only thanks to partnerships”. The topic of this thirteenth edition of the European Development Days was “Fighting Inequalities". AVSI, in its stand, has decided to present the projects dedicated to training and work placement as one of the privileged ways to achieve that objective, fighting inequalities".

The project in Ivory Coast has been presented along with a second one, implemented in Italy: “As requested by the UN Agenda 2030” Maria Laura Conte continues “the 17 objectives for development should be achieved not only in the South of the world, but also in developed countries”. So, the floor was given to Precious "a young Nigerian, survivor of a shipwreck, who today works in the restaurant business thanks to our project". The program has been developed with the partnership of the enterprise Panino Giusto and this allowed to train 48 refugees and asylum seekers. Among them, 21 have been employed in the last two years, thanks to the collaboration with 20 enterprises.

“A feature of AVSI is conveying its activities through the direct testimony of the beneficiaries” concluded Maria Laura Conte.

The testimony of Kadidia Coulibaly, Ivorian artisan that participated at the EDDs

"I didn’t arrive in Europe as a migrant, but to show the wonderful creations of the Mangoro women - says Coulibaly Kadidia, artisan from Katiola, a small town in Northern Ivory Coast. She feels confident among the stands of the European Development Days in Brussels. She brings not only her own story, but also those of other 220 women and a cooperative of eight associations. “It was not easy to involve them and make them understand that we are stronger together,” says Coulibaly. “Concrete things were important, as the delivery of three motorized trucks that allow us to transport clay from the quarry to the workshops: before that, every day, we had to walk 15 or 20 kilometers carrying on our heads basins with clay weighting up to 40 kilos”.

The “tournette de potier”, the manual lathe facilitated and speeded the work, without changing its characteristics and traditions and they are useful in those villages lacking electricity or with unreliable supplies. “The production of pots redoubled, reducing time and efforts” Coulibaly underlines.

Nevertheless, she firmly believes that the most relevant aspects were training and the help provided for the creation of the cooperative: “We also attended administration and accounting courses, learning how to manage our earnings with savings and loan groups”.

The history of Ivorian artisans, registered at the Chamber of Commerce, was brought to Brussels as an example of succeeding cooperation for development. In Katiola and the surrounding villages, changes and new opportunities have been created thanks to the program financed by the European Union and implemented by the Italian AVSI foundation.