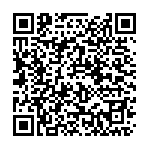 Reportage by Daniele Rocchi for AgenSIR. Photos by Marco Calvarese

The mortar of suffering holds together the bricks of Syria’s reconstruction. Visiting the patients of the Catholic hospitals of Damascus and Aleppo, recipients of the "Open Hospitals" project wanted by the apostolic nuncio, Card. Mario Zenari. Just a few days ago the Pontiff, referring to Syria, warned about “the risk of an even greater humanitarian crisis.” His reminder: “those lacking food, medical care and schooling, together with orphans, the injured and widows, cry out to heaven.” The answer arrives from the wards of these hospitals visited by SIR

A bloodstained crucifix, without limbs, crowned with bullets and shells fired during the war. Which is not yet over. We can’t fail to notice it as we pass through the long corridor connecting the chapel to the pavilions of the ancient (1905) Catholic hospital of Saint Louis of Aleppo (60 beds), a Syrian martyr city, run by the nuns of Saint Joseph of the Apparition. An image that speaks louder than words, which describes the situation in this hospital and in other two hospitals – French and Italian, both dedicated to Saint Louis – in Damascus, respectively run by the Salesian nuns and by the Daughters of St. Paul. Veritable “field hospitals” in the words of Pope Francis, included in the project “Open hospitals” launched in Syria in 2017 on the initiative of the Apostolic nuncio card. Mario Zenari, with the local support of AVSI volunteers, association with the overarching goal of offering free treatment to the most vulnerable and destitute patients. Bombed, devastated, afflicted by USA and EU sanctions, but always available to offer medical care.

Patients are not asked if they are Christian or Muslim, members of the opposition or government forces, or terrorists. They are all creatures of God, poor and in need of medical treatment

Since November 2017, the three hospitals have offered 22,779 free medical services with modern medical equipment. Now, the target for the end of 2020 is 50,000. “A few drops in the ocean”, one is tempted to say before the tragic health situation in Syria, where as a result of the war more than half of all public hospitals and urgent care centres are closed or partly accessible and where more than two thirds of healthcare workers have left the country. But as we enter the wards of these hospitals we realize that it’s not what we had imagined.

One of these drops is Ibrahim. Today he can dance, jump, raise his legs, his ankle. And he smiles. Time to fix his slicked back hair and then he returns to sit on three pillows placed on the floor. That day of two years ago, in the area of Ghouta, on the outskirts of Damascus, when he saw his house hit by a rocket suddenly collapse on his body causing disjointed fractures on his leg, is now just a bad memory. “I spent months immobile, I could neither walk nor work – he said stroking his operated leg covered with scars – I couldn’t even afford to buy a candy for my son.

Another drop is Evangelina Strambouli, an elderly lady of Greek descent, Orthodox Christian. She was saved twice by the Catholic hospital in Aleppo. She has nobody left, her husband has died, and she is looked after every day by her Muslim neighbour, Fadi, whom she calls her “Angel.” From his hospital bed Ahmed can’t stop voicing his gratitude to the doctors who treated him, invoking Allah’s blessing over their life, his words echoed by his son Imaad. They used to live in Hama, in central Syria. Without the medical care of the Catholic Hospital in Aleppo “I would be dead by now. I have no words to thank them enough.”

The head physician of the Aleppo hospital, George Theodory, responds to everyone with a smile. But he doesn’t hide the difficulties in carrying out this mission.

Only 44 out of 141 health infrastructures as still functioning in Aleppo as a result of the war. Many people need health assistance and there are long waiting times for diagnosis and treatment as a result of the US and EU embargo. There is a lack of spare parts and maintenance of medical equipment. But thanks to the project of the nuncio Zenari we now have new equipment, a large part of which was donated by the Italian Bishops’ Conference. We try to provide the best possible treatment with what we have.

The dream of the Syrians

Ibrahim, Evangelina and Ahmed are just some of the thousands of Syrians who have received free treatment under the “Open Hospitals” project. Their dreams are those shared by all Syrians: “to see the end of the war, to return to a peaceful life with a job and a home.” Those dreams are pursued by a team of social workers, including Dhalia, Boshra, Shaza, Rama, Tala and Rima, led by project coordinator, George N. and project leader Flavia C. They are the first to welcome people seeking medical assistance; the first to hear their tragic stories of poverty and war. But they also listen to their dreams, first and foremost to recover and see the rebirth of our country.

And they are the ones who accompany them along the healing process, which is not only physical but also moral and spiritual. The most beautiful thing is “seeing that they recovered and that they are ready to move forward with new strength and hope.” Like young Amer, an 11-year-old from Deir Ezzor. He was left burn-injured as a result of the bombs and couldn’t walk. He’s now on the road to recovery also thanks to his mother’s sacrifices: she wakes up at dawn to sell loaves of bread on the streets of Damascus in order to remain near him. Gratitude is often expressed with home-made sweets or perfumes.

Their words of thanks also go to all the donors – big and small – who contribute to the project from world countries. We couldn’t go very far without their help

Amidst hope and desperation

Sister Carol Tahhan, a Salesian, and Sister Fekria Mahfouz, a Vincentian, who respectively run the Italian hospital (55 beds) and the French hospital in the Syrian capital, are well aware of this. With its 101 beds the French hospital is the largest of the three healthcare centres included in the project which entered its second stage a few days ago with the implementation of enterprise resource planning to form a network between the three hospitals and offer specialized training for health care personnel. “Medical services have increased thanks to the project of Card. Zenari”, said Sister Fekria.

In spite of everything, we are moving forward, our charism is to welcome the poor. The people trust us, they respect our mission. We try to be by their side, offering medical treatment as well as consolation and support.” “Curing a person means curing his/her family – pointed out Sister Carol, director of the Italian hospital.

Everyone is suffering, with no exception. That suffering can become a mortar that cements the reconstruction of our Country. Humaneness is the most effective medication.

“The first administered medications are fraternity and welcome. They are all treated with the dignity they deserve, they are patients in need of health treatment”, reiterated the head physician of the Italian hospital Joseph Fares, specialized in general and laparoscopic surgery, as he makes his visits in the ward and the laboratories equipped with new machines donated by CEI through the “8x1000 Tax” donations. “War leaves scars that are hard to heal.”

Treating people with humaneness, respecting their dignity. Goodness is contagious: it heals body and soul. In our Catholic hospitals we fight against poverty and war with scalpels, medicines and a great amount of love.” Will we win this war? “We’re already winning today. Each time a sick person is treated in his body and soul it’s a victory.” As we are reminded by the bloodstained Crucifix of Aleppo…