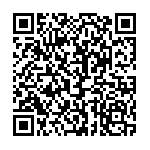 Andrea and Riccardo, Audrey and Melchior. In the chaos of the streets of Bujumbura, the car easily avoids the traffic jam, guessing the best route. The first things that stand out are the colors. Red soil, green grass, a green that seems almost sketched. The smell is that of wet leaves, the rainy season is not over yet and every now and then a downpour of rain stops the heat.

To reach AVSI’s offices we skirt lake Tanganika, a massive expanse of water that divides Burundi with Congo. In the car, Melchior points at a shabby wall, where bullets holes are still visible, as evidence of the clashes that brought the country to an economic crisis in 2015.

The ngo AVSI has decided to develop projects in support of the population of Burundi, a country that is still torn by the political and economic crisis that happened in 2015. Support that goes through the active training of young people, the true wealth of the country. Fifth among the poorest countries in the world, Burundi has a population with an average age of 17 years old. Illiteracy, school dropouts and lack of training courses undermine the development of professionalism, denying youth the possibility to support themselves.

The real problem here is that there is no long-term perspective. Most people are used to think short-term. Having nothing to eat or nowhere to sleep reduces any future prospect.

Starting from this perspective, Italian and Burundian aid workers work every day to broaden the horizons of youth in difficult situations, thanks to training courses, internships and savings groups’ initiatives. The ARTE project, funded by AVSI and the European Union, follows this path.

Sometimes you ask yourself who made you do this, but then you see someone that has made it, that has managed to change life and recover, and this has no price. It gives you the strength to deal every day with the difficulties and the distance from home.

The three phases of the project

First comes the training in a center managed by Opde, Burundian organization and AVSI’s partner. Boys and girls can choose between five different training courses: baking, soap making, catering, mechanics and “small business”. In the same building complex, there are classes where illiterate students learn how to read and write. After four months of training, an internship. A real job placement.

We meet Jannette, 22, with a determination that leaves us stunned, she is the only woman in a class of 60 people to finish the mechanics course. The dream? To work for a big European company, but also to get married and start a family.

Being women is not simple

In a society still strongly patriarchal and tied to traditions, girls have kids early. Marriage is not an option and being a maiden is a sort of malediction. Statistics report 6.5 children per woman. However, the situation in cities and countryside, where families count up to 14 kids, is quite different. Social gaps determine the fate of people, but if you are a woman it is often a dead end street. This becomes evident in Buterere, area that goes from the airport to the countryside. After an hour of uneven road caused by the rains, we reach a small agglomeration of houses of clay and shacks.

The thing that stands out more is the crowd of kids, some lively, some other more suspicious. There is a lot of them and it is not clear where they come from. After taking a closer look, we see their parents sitting on towels on the ground. They are part of one of the savings groups coordinated by Casobu, another organization of Bujumbura that collaborates with AVSI. The starting point is that unity is strength. With this mantra, young people are persuaded to put together a core capital to start a business that can support the whole group. At present, there are around 70 people, divided in groups, that take part in this initiative. Among these people Emelyne, who explains how she can now provide for the basic needs of her family by putting together a few Burundian Francs.

Asna, the goddess of the market

Lastly, the job phase. Sometimes interns are hired, and when it happens it can really change the life of young people. Other times the same participants of the project start their own business. At the market of Kinama we meet the personification of entrepreneurship and of youth arising from a difficult situation. Sculpted cheekbones, open smile. Asna, 22, is sitting on a stall and she is surrounded by cabbage. Armed with a knife and with a bowl between her knees, she shreds cabbage making a sort of salad. This is her idea, an idea that marketing experts would call product differentiation. It can make you smile, but to buy that knife Asna saved the money she was granted as transportations refund during the 4 months of training course, and she walked every day for several hours instead, just to buy it.

Support ideas, encourage creativity and promote the idea of business is the purpose of the people that every day assist these young people. In the end it’s all about broadening the horizon, looking beyond and making it clear that today doesn’t end tomorrow, and that the future is like Burundi, a red and green soil to be cultivated.